IPL 2022: –”It might be coming to end… Jadeja at Chennai” Says Former England Cricketer

Vaughan opines about Ravindra Jadeja and his position with CSK in IPL is a question mark and his fallout was due to his captaincy pressure. 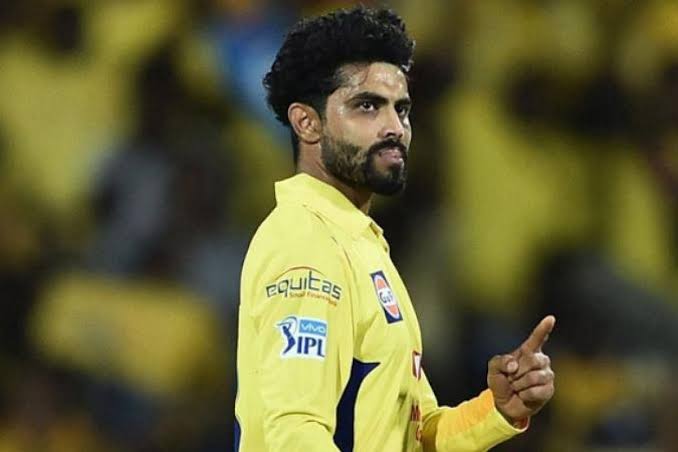 Former England captain Michael Vaughan deemed over the all-rounder Ravindra Jadeja about his future with the Chennai Super Kings (CSK) in the IPL.  As Jadeja was ruled out from the remaining IPL games, due to a rib injury while attempting to catch a ball in a match against RCB on May 3.

“Ravindra Jadeja reported a bruised rib and was unavailable for Chennai Super Kings’ game against Delhi Capitals on Sunday. He was under observation and based on medical advice he has been ruled out for the rest of the IPL season,” CSK issued a statement on Wednesday night (May 11).

Ravindra Jadeja was made as to the CSK captain just before the start of the tournament. The captaincy pressure affected Jadeja’s gameplay and CSK just won 2 matches out of 8 under his captaincy. He managed to score only 116 runs in 10 innings at 19.33 and took only five wickets with an economy rate of 7.52.

Vaughan opines that Jadeja’s position with CSK is now a question mark. And his fallout was due to his captaincy pressure. Vaughan believes that a change is needed for both Jadeja and the franchise.

“There has to be a question mark on Jadeja’s position in Chennai going forward. If he has had a bit of fallout because of the captaincy, whether he is injured, we’ll have to wait and see what that is. But it might be coming to end… Jadeja at Chennai. A change might be good for both the player and franchise,” Vaughan said on Cricbuzz.

Jadeja was playing for CSK since 2012 and has played 161 innings in nine seasons. Jadeja was one of the retained players ahead of the IPL 2022 along with MS Dhoni.

Watch : Ravichandran Ashwin hits first IPL half ton vs DC ; Twitter goes mad
IPL 2022: “He is going to be an all-format player for India” – Rohit Sharma gives a big statement on this youngster