“You Still have some cricket left” : Rohit Sharma predicted Dinesh Karthik’s comeback in 2021 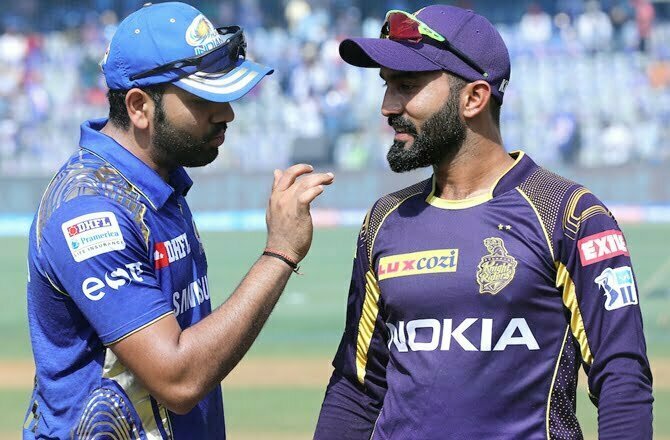 Dinesh Karthik made his dream comeback in international cricket after almost three years. He played last match against New Zealand in 2019 World Cup semifinal. After that he was out of the team but he didn’t quit from cricket. He was working hard and showed his brilliant batting display in IPL 2022.Meanwhile, Rohit Sharma predicted Dinesh Karthik’s comeback in 2021.

On 13 th July in 2021, Dinesh Karthik posted a photo on Instagram with caption “Just me being me”. Rohit Sharma dropped a comment on it . Team India skipper wrote “You still have some cricket left. FYI” . Karthik replied “don’t ever doubt that sham”.

Dinesh Karthik played an outstanding innings in the fourth T20I match against South Africa. His 55 from 27 deliveries towards end of the innings helped team India to reach 169. After MS Dhoni’s retirement from international cricket Indian team wanted a finisher at no. 6 or 7 . Many experts suggested to include Dinesh Karthik for the upcoming T20 World Cup which will be played in Australia later this year.

“Just feels good. I am feeling very secure in this setup. In the last game things didn’t go according to plan, but I went and expressed myself today. I think DK is thinking a little better. He is able to assess situations better and that comes with practice. Credit to my coach. ” said Dinesh Karthik at the end of the fourth T20I against South Africa.

“To see the pressure being absorbed in the third and fourth games was something we would relish. Credit to Rahul Dravid; there is a certain sense of calmness. The dressing room is a calm place right now. It is important to learn to embrace pressure. It feels secure and fuzzy. That clarity and the environment helped” he added.