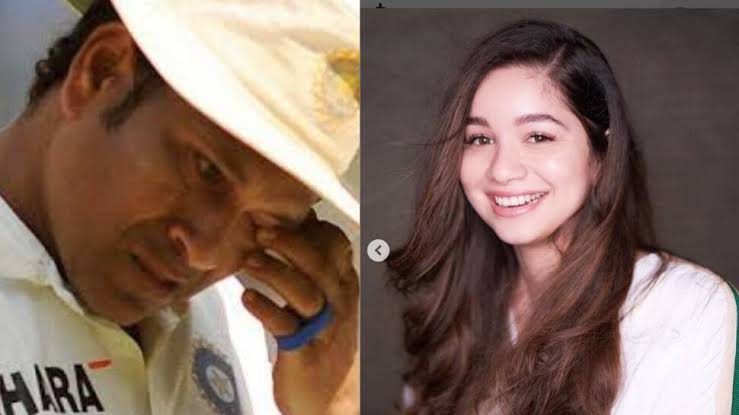 Ahead of father’s day on June 19, Living legend Sachin Tendulkar shared an adorable picture of his daughter Sara Tendulkar on Instagram. The photo looks like when Sara was four or five years old. In the picture Sara is wearing a white frock with a golden crown on her head and she looks like a princess.

Sara is the elder daughter of Sachin Tendulkar and Anjali Tendulkar. Their son Arjun Tendulkar is budding cricketer who is working hard to wear blue jersey. He didn’t make his IPL debut this year. But his father gave him some valuable advice.

Sachin Tendulkar said goodbye to international cricket in 2013.During his farewell speech at Wankhede Stadium Master Blaster said ” the two precious diamonds of my life, Sara and Arjun. They have already grown up. My daughter is 16, my son is 14. Time has flown by. I wanted to spend so much time with them on special occasions like their birthdays, their annual days, their sports day, going on holidays, whatever. I have missed out on all those things. Thanks for your understanding. Both of you have been so, so special to me you cannot imagine. I promise you [that] for 14 and 16 years I have not spent enough time with both of you, but the next 16 years or even beyond that, everything is for you.”

Sourav Ganguly gives big update on T20 WC squad : Dravid has been planning to go with a settled unit from England series
“You Still have some cricket left” : Rohit Sharma predicted Dinesh Karthik’s comeback in 2021