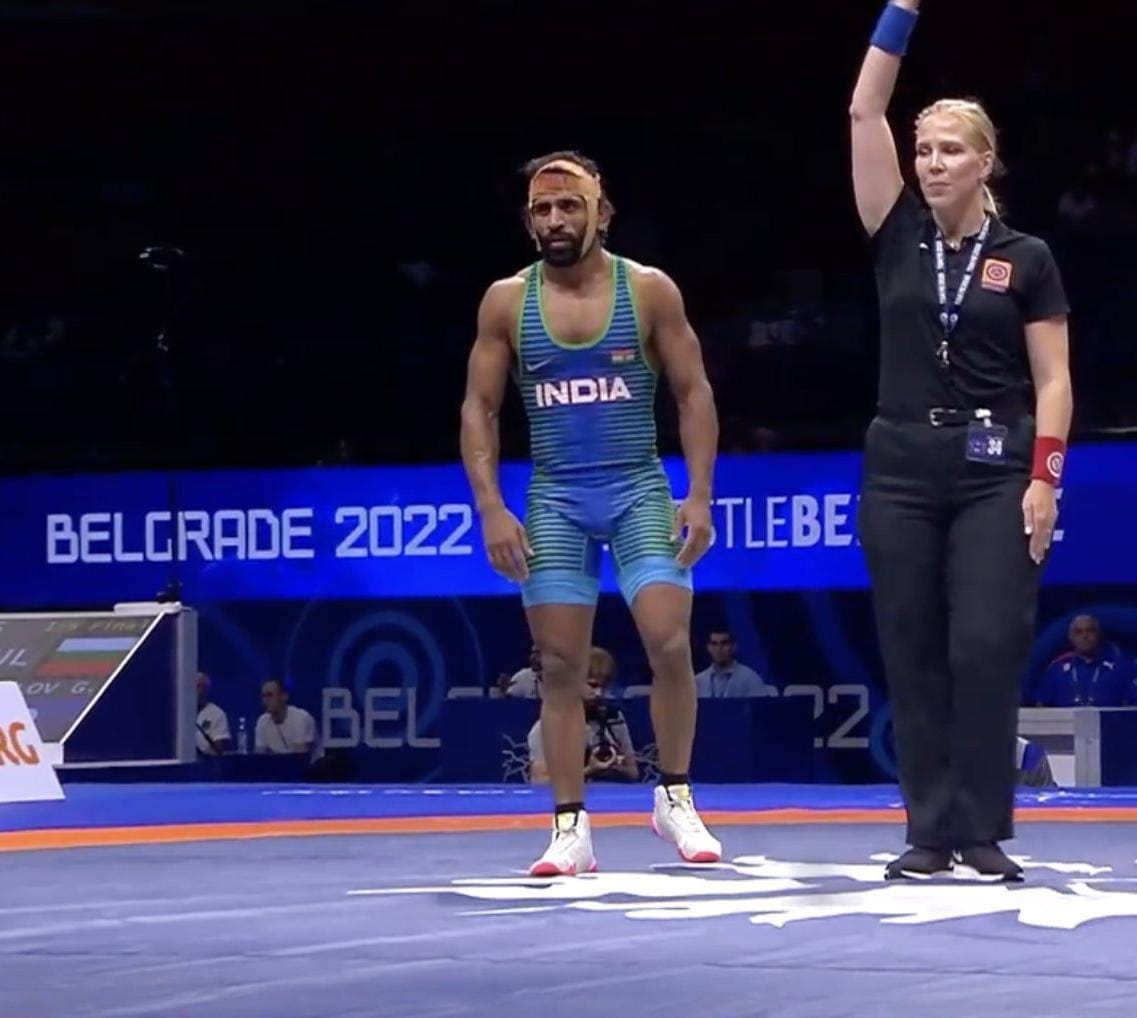 Bajrang, who won a bronze in last year’s Tokyo Olympics, eked out a close 11-9 win on points over Sebastian C Rivera of Puerto Rico in one of the bronze medal bouts.

The 28-year-old eventually cut the lead and was trailing 8-9 heading into the last minute of the second period. The Tokyo 2020 bronze medallist then pulled off a two-point takedown in the final 20 seconds to turn the tables and win the bout 10-9.

Bajrang, who previously lost to John Michael Diakomihalis of the USA in the quarterfinals, qualified for the bronze medal contest through the repechage round where he defeated Vazgen Tevanyan of Armenia 7-6 by points.

At the world championships 2022, India had fielded a strong 30-member contingent that involved competitions for men’s and women’s freestyle along with Greco-Roman wrestling. India sent 10 wrestlers for each of the three categories.