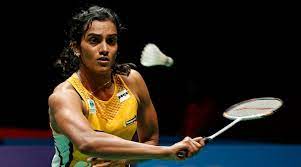 Sindhu who is yet to win a major tournament after clinching Bronze at Tokoyo Olympics, former world champion stated that she needs to ‘tune up’ her skills and learn new skills for every tournament she will be playing this season.

Ace shuttler added that it is important for her to change strategies for every player in this season.Sindhu is currently ranked no 7 in the world.

Indian Open : PV Sindhu and Srikanth advance into the second round