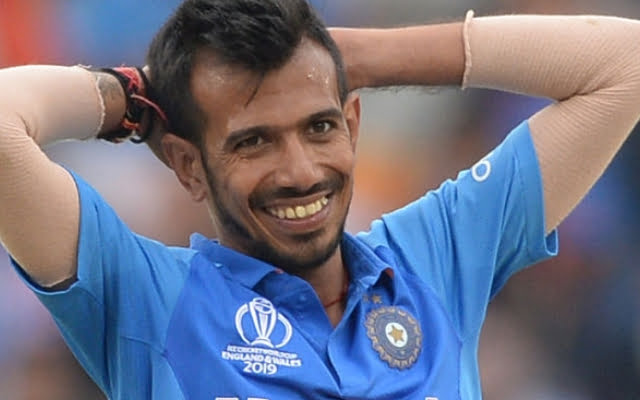 Chahal reveals exit reason from RCB. Yuzvendra Chahal was not retained by the franchise, despite being their all-time leading wicket-taker. RCB kept only three players – Virat Kohli, Glenn Maxwell, and Mohammed Siraj. However, they might have retained Chahal as well.

Yuzvendra Chahal has 139 wickets for RCB in 114 IPL matches, with an economy rate of 7.59, which is impressive given that he bowled largely at the batting-friendly M Chinnaswamy Stadium.

Another topic on which fans have speculated is that Chahal may have requested not to be retained and instead participate in the mega-auction. However, the leg-spinner has now stated that RCB was the one who chose to let him go.

Mike Hesson, the RCB’s director of cricket, called Chahal to advise him of the franchise’s decision. “The truth is that Mike Hesson called me and told me, ‘Listen, Yuzi, there are three retentions.’

“They didn’t ask if I wanted to be retained or let me know if they did. “They only talked about the three retentions, and I was informed, ‘We’re going to go after you at the auction,” Yuzvendra Chahal told The Times of India.

Yuzvendra Chahal has disclosed the chat he had with then-RCB skipper Virat Kohli months after his departure from the franchise. Kohli did not say much, according to Chahal, other than congratulating him and telling him that he is still a royal after being bought up by the Rajasthan Royals for Rs 6.5 crore. Chahal has been Kohli’s go-to bowler in difficult situations throughout the years.

Chahal also shared what he learned from the legendary cricketer Rohit Sharma. He said, “I learned a lot under his guidance and played a lot of cricket under him. Be it RCB or for India, he gave me a lot of freedom in the field.”

Chahal, who will play for the Royals this season, claimed that he and current Indian skipper Rohit Sharma get along well. “He always says ‘tujhe pata hain na kya karna hain, ja kar ab’. He allows you to be free. I’ve competed in a few tournaments and series with him. I didn’t notice any difference in him. I have complete faith in Rohit Bhai.” Thus, Chahal reveals exit reason from RCB.