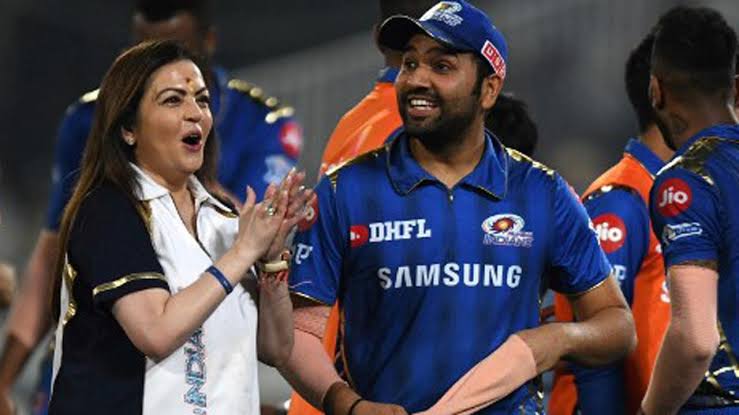 However this is a temporary setback for MI, as we all know they had same history in the past matches in the league. In IPL 2014, same situation arose; they lost first five matches but moved on to qualify for playoffs.

Kindred, In IPL 2015 same happened. MI lost their first four matches but managed to hit on the trophy defeating Chennai Super Kings in the final. Again same situation now in IPL 2022, as MI have lost against DC, RR, KKR and last week with RCB as well.
MI captain Rohit Sharma said that the defeat by Royal Challengers Bangalore was “a tough pill to swallow”. In mean time MI posted a video in their Instagram page regarding Nita Ambani’s motivation for upcoming matches.

Nita Ambani sent a message motivating MI, that she has full faith and belief in all the players and asked them to believe in themselves with a strong quote “we’ll conquer this”.
“I have full faith and belief in all of you all and I’m sure we’ll pull through. Now, we’re only going to be onwards and upwards. We need to believe in ourselves that we’re going to conquer this,” said Nita Ambani.
With these strong words of encouragement, Nita Ambani mentioned that she has “full trust and belief” that the team will “conquer” this low phase
“We’ve been through this many times before, and then gone ahead and won the cup. So, I have full trust and belief that you stick to each other. If you’re by each other, “we’ll conquer this”. And I will meet you on the other side”.
“Till then, my full support to you all in whatever you want. Please keep faith in each other, keep faith in yourself, and keep believing. And Mumbai Indians are always there to support you,” she concluded.

Here is the video of Nita Ambani’s Speech to MI:

MI are next scheduled with a lot of hope and expectations to play against Mayank Agarwal’s Punjab Kings on Wednesday April 13 at MCA stadium in Pune.