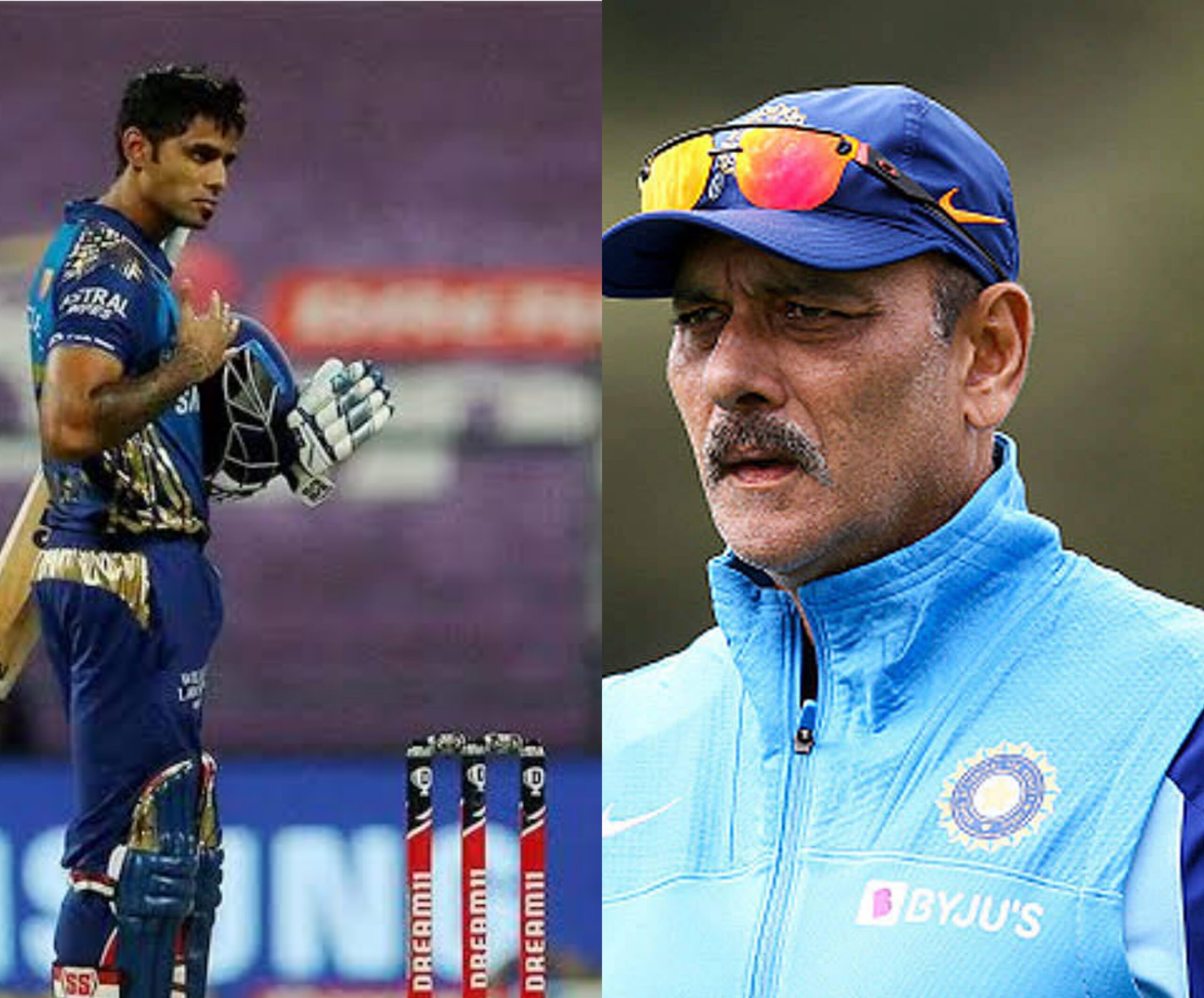 Former Indian head coach Ravi Shastri rhapsodized over Suryakumar’s impressive play against Royal challengers Bangalore (RCB) in IPL 2022 and compares his talents and skills with AB de Villars and Jos Butler. He also added up with a “Surya Namaskar” to this 31yr old Indian batter for his fine batting skill in IPL 2022.

MI subsided in the match against RCB on Saturday until Surya Kumar’s entry. Team was led by Rohit Sharma along with Ishan Kisan as opening batter partnered till 50 runs and then the team gradually slipped off with a score of 62/5. Next batter, Suryakumar Yadhav played meticulously scoring 68 for 37 balls with an array of shots having 5 boundaries and 6 sixes holding MI with a total score of 151/6 on board. Surya Kumar showed his finest batting skill in this current series by scoring two half centuries, his first half century was against Kolkata Knight Riders scoring 52 earlier. He missed the other two matches because of his recovery from a finger injury.

“Unbelievable, he played a gem in their last game. Today (Saturday) was really special. When you are 50/0 and then 89/6 and then your team scores 71 runs in the last 5 overs with Surya doing most of the damage, you know at the end of the knock as he passes by, say ‘Surya Namaskar’,” Shastri exclaims on Star Sports.
“The variety of shots he plays, the wrist work, the power he brings to his game, his uncanny ability to look at where the gaps are and hit there, he is just very unreal. AB de Villiers in his prime did it. You won’t get too many like them in cricket, there was de Villiers, there is Buttler and Suryakumar. He is right up there on the world stage,” further he added to Suryakumar’s heroic deeds.

Five time title winner of IPL, Mumbai Indians didn’t perform well and were sinking down towards ninth position while continuously losing all the four matches. They need excellent performance as a team. Mumbai Indians also hope for a cracking performance from its skipper. Next they will take on Punjab Kings in their next IPL 2022 match on Wednesday.

IPL 2022: Nita Ambani sends a message motivating Mumbai Indians – “We’ll conquer this”
Robin Uthappa Reveals MS Dhoni’s conversation after IPL -2022 – “I had nothing to do with the decision”