MI vs LSG: Everyone Is Trying Their Best To Win – Suryakumar Yadav 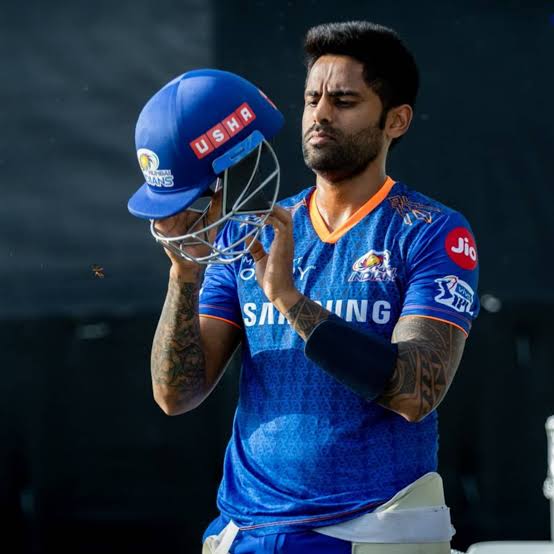 Mumbai Indians (MI) is having a tough time in the current Indian Premier League (IPL) season. They have lost all five games in the row so far and their chances of going for the playoffs look tough now.

Suryakumar Yadav has scored back-to-back fifties in IPL 2022. He scored 52 in a match against  KKR  but lost  5wickets. Next match he scored 68 against RCB which ended up being another half-century while losing the match. Also lost the previous match against Punjab Kings, where SuryaKumar Yadhav scored 43 runs.

Mumbai Indians are due to take on Lucknow Super Giants (LSG) in their next match on April 16 at Brabourne Stadium. While addressing the press conference before the game, MI’s star batter Suryakumar Yadav asked everyone to show some patience as the team is rebuilding.

“As you have seen, it is a fresh auction and we are building this team for the next three-four years, coming a few years down the line, you will see some great players coming out from this team,” Surya said.

“There have been a lot of positives, not only a few; you can see Dewald (Brevis), Tilak (Varma), and many more new faces,” he added.

He also said that the team is not in a panic situation yet. MI now needs to win eight out of its last nine games to qualify for the playoffs.

“We are playing some good cricket from game one and there is no situation like panicking for a team like MI. We have been following good processes in the past few years and we are just sticking to it”.

“If we just keep doing it, we will eventually get our first win and we just have to keep working hard towards our goal together, which we are doing in practice sessions, and that is about it”.

Answering the question, of whether seniors in the team should take more responsibility? He replied, “Everyone is trying their best, no one actually gets out like that, I mean it is all about a few games and the way they are playing, the way they have been putting hard work in the practice sessions, I am sure it is going to come on.”

In IPL 2022, SuryaKumar Yadhav is batting at the No.5 position in the team, unlike in other seasons. And he also concluded “That is a management’s call, but as I have always said, I am always flexible to bat at any position, be it three, four, five, or six. The number doesn’t matter to me, what matters is what I can do in that situation”.

IPL 2022 | “Mental Strain of Leading India” – Graeme Smith on Rohit’s batting
Everyone Had One Aim – To Win The World Cup For Sachin Tendulkar : Suresh Raina