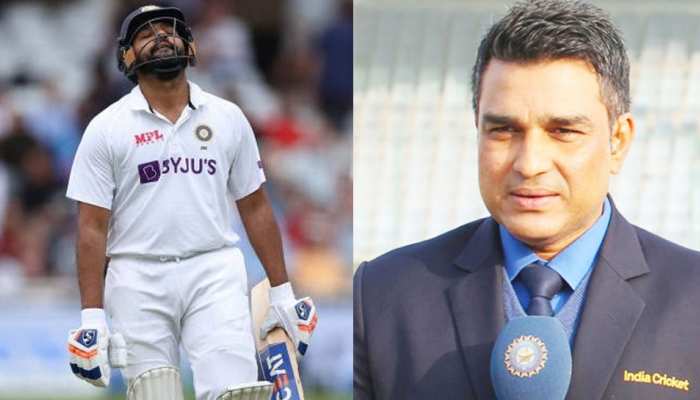 Five times title winner Mumbai Indians have slid down the points table at last position losing all six matches in a row. Same with Chennai Super Kings, who won the title four times in IPL are not showing off their best. The new entry Gujarat Titans and Lucknow Super Giants are in the first 5 highest positions of the points table.

Mumbai Indian Skipper Rohit Sharma scored only 18-run against Lucknow Super Giants in their last match. Rohit is in a good form but couldn’t score at least one fifty in all these matches. Rohit managed to score a total of only 114 runs in 6 matches at an average of 19 and a strike rate of 129. Mumbai’s hopes for a playoff are very tough this season.

Manjrekar’s remark about Rohit and Ishan :

“Really don’t know what’s happening with Rohit Sharma. When he scores even 20, it seems like the machine is fine. But it suddenly stops working and he gets out. He looks in fine form, but he’s just not been able to perform”.

“It’s not just about this season. He hasn’t made the kind of impact in the IPL those players like KL Rahul and David Warner have. I don’t know the reason – maybe he is too invested in international cricket. There is no problem with his technique. When you look at Virat Kohli and Ishan Kishan, you can see that they are slightly out of form. Rohit is batting well, but the runs are not coming” he further added.

Manjrekar also commented on Ishan Kishan for his struggling to score big apart from his first two matches this season. He was bought at ₹15.25 crore at the auction and scored 191 runs in six matches at a strike rate of 117.18.

“I have observed a pattern with Ishan Kishan’s batting. When he is in rhythm, he scores at a strike rate of 150. When the Indian Premier League was being held in Chennai during the first half last season, his strike rate had dropped to 80 for a few games. When he is struggling, he is completely out of form and his strike rate slips below 100″ said Sanjay.