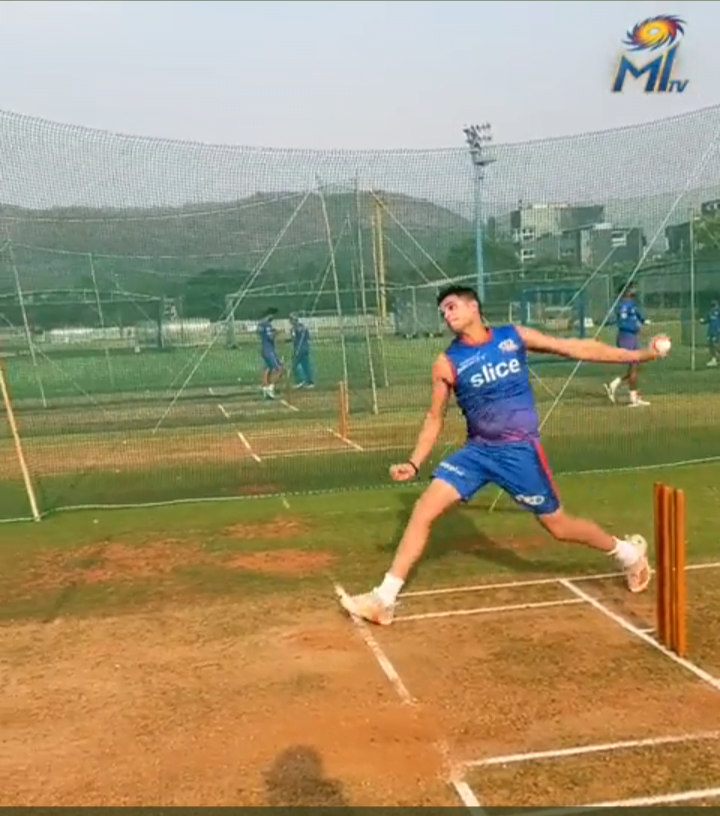 Mumbai Indians all-rounder Arjun Tendulkar has waited for his IPL debut since 2021. Five times IPL champion lost their eight consecutive matches in the IPL 2022. MI bowlers have not performed well and it affected Mumbai Indians badly in the ongoing tournament.

Fans asked on social media why Arjun Tendulkar didn’t get a single chance to play in IPL 2022? Today Mumbai Indians posted a video where Jr Tendulkar was seen practicing in the nets. MI fans angrily replied and asked not to post practice video if Arjun is not given a chance to play.

Arjun Tendulkar, son of great Sachin Tendulkar, has been part of Mumbai Indians from 2021. Few days ago, it was seen his fiery yorker uprooted the stumps of Ishan Kishan. Cricket lovers thought he will get a chance at Wankhede against LSG on his father’s birthday on 24 th April. But crowd was disappointed as he was not part of the playing eleven. Now Mumbai Indians fans are eagerly waiting for his debut. Will he make his IPL debut for Mumbai Indians in their next match? We will have to wait till 30th April for the answer, when MI will play against RR at DY Patil Stadium.