Sachin Tendulkar asked me to sit beside him : Suryakumar Yadhav reveals an unknown story | IPL 2022 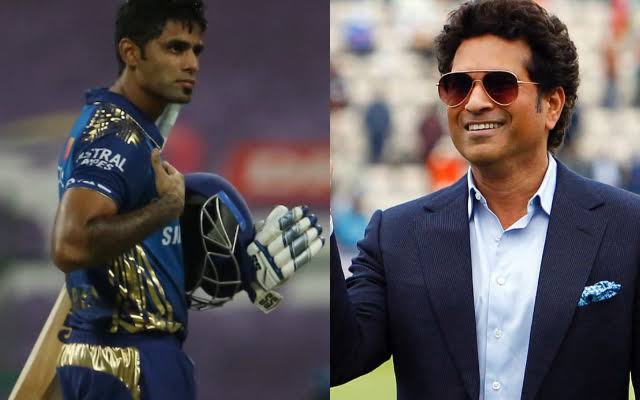 Master Blaster Sachin Tendulkar turned on 49 on Sunday. He is regarded as one of the best batsman in the world. His records in International Cricket unbelievable. He is known as God Of Cricket. Now Sachin is the Mentor of Mumbai Indians IPL team. MI players have been benefited from his vast experience and unmatchable cricket knowledge. Many MI players have shared their first time meet up instances. Indian batsman Suryakumar Yadhav revealed an unheard story. He is one of the most important and consistent batsman for Mumbai Indians. He has performed very impressive in IPL 2022.

Sachin called me and asked to sit beside him : Suryakumar Yadhav

“When I went to the MI dressing room for the first time, there was no room to sit, there were so many players. I was standing with my kit bag. Sachin has a fixed spot to sit, near the Ganesh idol. He asked, ‘What happened?’. I said, ‘There’s no space to sit.

“He replied saying, ‘Pull up a chair and sit somewhere. I told him, ‘There’s no space anywhere.’ He asked me to sit beside him and to date, that spot is where I always sit. Whether it is the domestic game or an IPL game…that spot is fixed. That’s where it all started and after all, if God tells you to sit there, you have so sit there,” he told Gaurav Kapoor in the interview.

Mumbai Indians batter has played five matches and scored 262 runs with an average of 52. He has been part of team since 2018.