Kuldeep Yadhav acknowledges DC skipper Rishabh Pant for his excellent leadership qualities and compares him with the legendary MS Dhoni. Kuldeep enjoys his freedom of expression in the team and in return gives back his best efforts in winning the match. 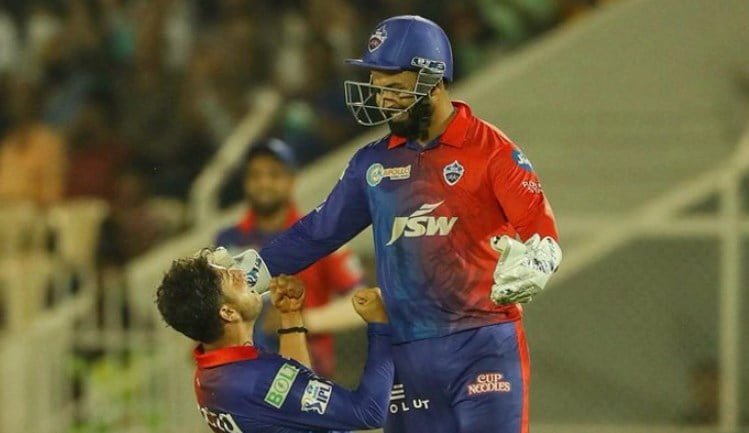 Delhi Capitals spinner Kuldeep Yadav has been one of the best bowlers in the league gaining the third position on the list of leading wicket-taker in IPL 2022. He has totally taken 13 wickets in all 7 matches at an average and economy of 17.38 and 8.47.

His previous franchise KKR dint gave him enough chances to show off his capacity. But Kuldeep made a sensational comeback in the IPL 2022 after joining Delhi Capitals.

Kuldeep acknowledges DC skipper Rishabh Pant for his excellent leadership qualities and compares him with the legendary MS Dhoni. Kuldeep earned remarkable success all the time with Dhoni behind the stumps. Dhoni helped the spinner with precision and took him towards success. After Dhoni’s final match Kuldeep faced struggles on the field.

Kuldeep compares Rishabh Pant‘s characteristics with MS Dhoni behind the stumps, Rishabh Pant is helping him with the success in the current IPL season and he’s enjoying his time with the franchise, which has given him a lot of freedom.

Speaking during the fourth episode of The DC Podcast, Kuldeep Yadav said,

“I feel Rishabh is showing a few glimpses of MS Dhoni’s characteristics behind the stumps. He guides well and stays calm on the field. Wicketkeepers play a big role in the success of spinners. The credit for my performance in this IPL goes to Rishabh as well. We have a good understanding now”.

Kuldeep also praised DC’s assistant coach Shane Watson for helping him with the mental aspect of the game. Finally, Kuldeep is happy playing with his current franchise and giving back his best efforts in winning the match. He also showed his importance to the team and DC.

“Shane Watson has also helped me a lot. I am very lucky to have worked with Watson for three-four sessions. He has particularly helped me with the mental aspect of the game. I have shared a lot of things with him about what I have been through before joining this team. I speak openly with him,” he said.

You may also like IPL 2022 | Kuldeep Yadav’s heartfelt gesture; shares Player Of The Match with Axar Patel | Watch

IPL 2022: Shane Watson opined about energy drained performance of Virat Kohli – ‘The Super Human’
KL Rahul will be banned for one match if he repeats same mistake again | IPL 2022