On April 24, the 49th birthday of the legend Sachin Tendulkar and Brett Lee recalled his first meeting and his thought to get an autograph. 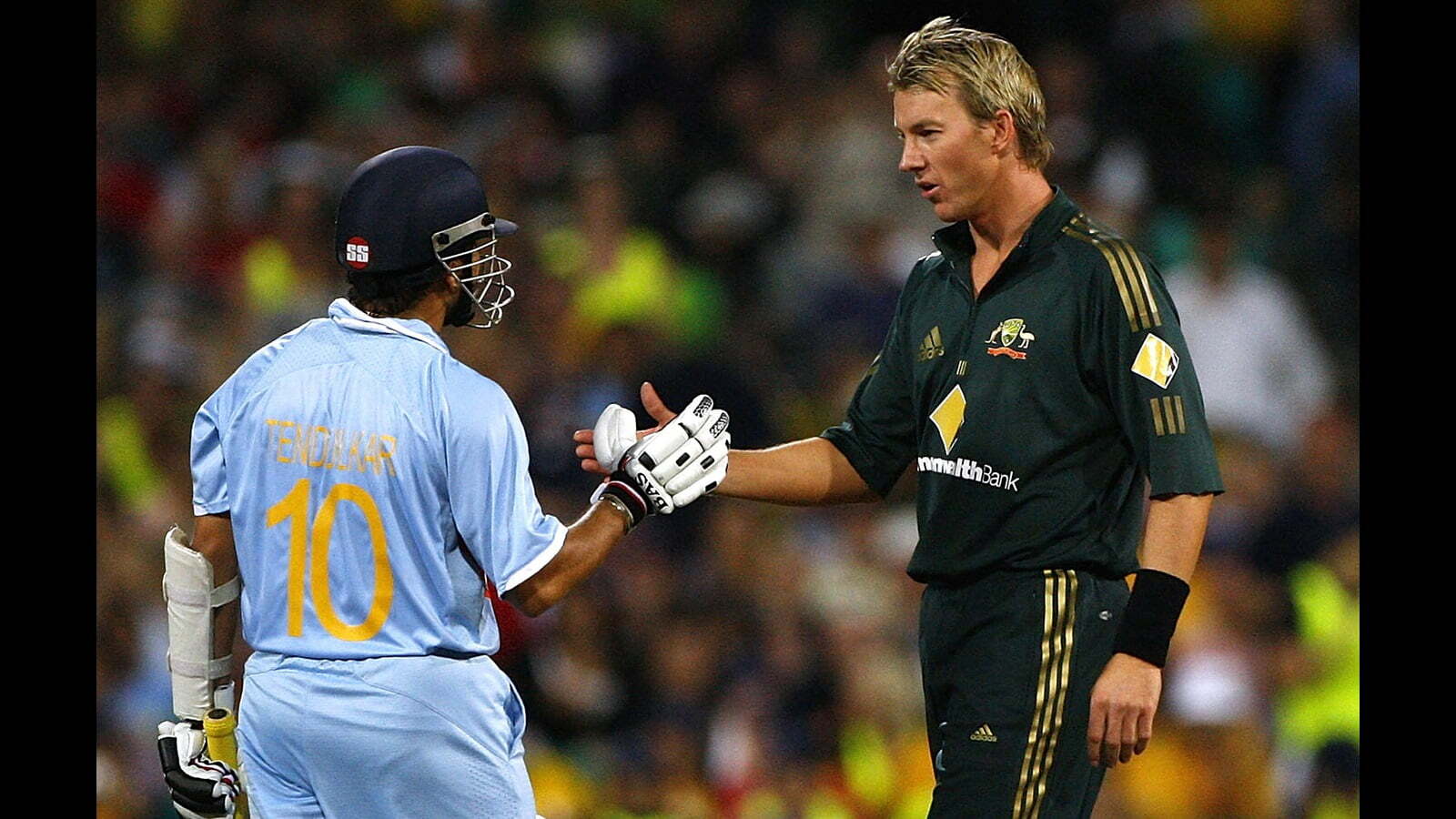 On April 24 was the 49th birthday of the great legend Sachin Tendulkar and on that day former Australian pacer Brett Lee recalled his first meeting with the Master Blaster.

Brett Lee is one of Australia’s quickest and most destructive bowlers. Lee began his career in 1999 and quickly became an asset for the Australian setup due to his consistent bowling at a speed of 150 kmph.

The former pacer Lee first met Tendulkar when he represented Prime Minister’s XI in a practice match against the touring Indian team in 1999.

Talking about the practice game, Lee recalled what was in his mind while bowling to Sachin. Lee posted this video on his official youtube channel.

“I met Sachin for the first time way back in 1999 in Canberra. I was playing in the Prime Minister’s XI against the touring Indian team, which of course had Sachin in it. It was a practice match when he came out to bat and I’m bowling to the great Sachin Tendulkar. I actually thought, ‘I might get an autograph. Get the ball and say, ‘Hey mate, can you please sign this. I thought that would look cool as my first impression,” Lee said

The former pacer managed to take out the Master Blaster’s wicket in the match and then shook hands with him after the game.

“As a young kid growing up, I watched the wonderful Tendulkar and here I was, bowling to him. I managed to nick him off and we shook hands at the end of the game. I was in absolute awe of this wonderful man,” Lee added.

Even though Tendulkar is not from Australia, he was one of the few players who were admired by their fans whenever he went out to bat there and with massive applause.

“Most players who are not from Australia receive a fair bit of flak. They normally get booed. The crowd appreciates the players but doesn’t want to show it… that’s the Australian culture. But every time Sachin walked out to bat, there was massive applause, not only from the Australians but also from the touring Indians who were a part of fans that flew in from around the world to watch Sachin.”

“Every time Sachin managed to get a fifty or a hundred, we used to hear a huge noise. I haven’t seen any other player who toured Australia to get that response, get that standing ovation after reaching 150. Just an incredible guy!” Lee further added.

You may also like Which match was the turning point of Sachin’s life? Read Here :