Harshal Patel reveals about the 2018 IPL auction – “I felt that this is betrayal, I have been cheated”

Harshal Patel was approached by three-four different franchises ahead of IPL 2018 but none of them raised to avail him for their team during the auction. he felt cheated and betrayed. 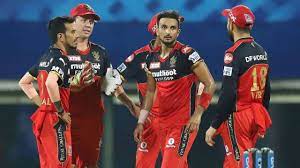 Harshal Patel is one of the finest bowlers of the slow balls and an international cricketer. Harshal played for Royal Challengers Bangalore from 2012 to 2017. He took 34 wickets in a total of 36 matches and was not having an impressive economy rate. Now in 2021, he was taken back by RCB where he showed off his performance by taking 32 wickets from 15 matches. He was the purple cap holder and nicknamed ‘Purple Patel’.

Meanwhile, when Harshal was not at his best time, he was approached by three-four different franchises ahead of IPL 2018. But during the auction, none of them raised to avail him for their team. He felt betrayed and cheated by the franchise at that time. Only Delhi Daredevils [Delhi Capitals] took him in the 2018 auction for a base price of 20 Lakhs.

In 2018, Harshal took seven wickets from 5 matches. Harshal was retained by the franchise but he got only a few chances of playing one or two games and not more than five matches.

Harshal recently opened up on his journey in the IPL and revealed he had to face a lot of hurdles to be standing where he is today. He revealed his disappointment during the IPL auction 2018 in Gaurav Kapur’s famous YouTube Show Breakfast with Champions’.

“I just wanted someone to raise the paddle for me. It’s not about the money, I just wanted to play. The ironic thing was there were at least 3-to 4 players from different franchises who said they were going to bid for me. But no one did. At that time, I felt that this was a betrayal, I have been cheated. I was just in this spiral of dark thoughts. So, I started the process of building my game all over again.” said Harshal.

Harshal fixed a mindset that he has to be a valuable player with an automatic entry rather than money. He took risks on the field and this helped him to be the person he is now. Pacer Harshal has so far picked up nine wickets in seven matches for RCB in the current IPL 2022.

“For right now, I do not think I am the kind of person who needs Rs 10.75 crore in his life. I don’t have these types of interests, what is satisfying is the value that the tag has. That is a decision I made after the 2018 auction that I want to be a valuable player. When the team is named, I should be the automatic entry that we need to feature his name. That drove all my decisions, my decision to take more risks on the field and my decision to be more expressive on the field,” Patel added.

You may also like IPL 2022: Harshal Patel reveals – “I got my education in T20 bowling from Zaheer Khan”