IPL 2022: Harshal Patel reveals – “I got my education in T20 bowling from Zaheer Khan”

Harshal Patel revealed that Zaheer Khan helped him with bowling and delivering slower balls in a T20 game. 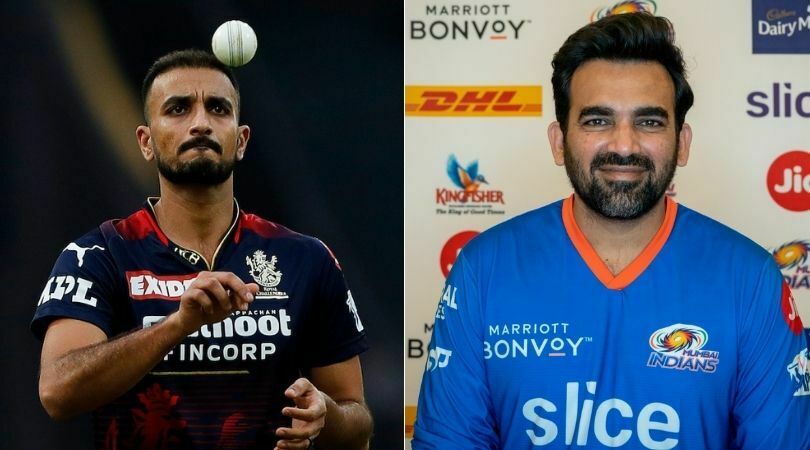 Harshal Patel is the finest pacer in India who plays for Royal Challengers Bangalore in the current IPL 2022 series. He has been a match-winner breaking the record of 32 wickets in IPL 2021. He was nicknamed ‘Purple Patel’ and also selected for the T20 world cup in 2021 which was his first international debut.

Early in his career, he was an average bowler who got only one or two matches in his old franchise. After entering RCB in the 2021 IPL he went to new heights after winning the purple cap.  Harshal Patel was re-signed by RCB in IPL 2022 auction for a price of INR 10.75 crores.

Speaking to Gaurav Kapoor in his show Breakfast With Champions, he revealed that Zaheer Khan helped him with bowling and delivering slower balls in a T20 game.  The former Indian pacer Zaheer Khan is an expert to pick wickets. And he has shown off in the 2011 World Cup.

“If I have to look at someone who legitimized slower ball, [it] was Zaheer Khan in the 2011 World Cup. The way he got people out with those knuckleballs was unbelievable to watch. I got my education in T20 bowling from him. I started with RCB in 2012 and he used to come up to me every single ball. And tell me what I need to bowl.” said Patel.

“AB, Virat and Maxi have said that (it is impossible to catch his slower ball out of the hand). So I bowled a few slower balls to Maxi and he comes out of the nets and says, ‘mate, no way they are hitting this.’ When people like him, Virat or AB say that, you think, ‘if they are not seeing it out of the hand, who else can?’ Huge confidence booster,” further he added.

Harshal Patel also said when Zaheer Khan asked Harshal not to bowl the slower ball. And without taking it serious Harshal bowled it and Robin Uthappa smashed him for a six.

“I started with RCB in 2012, and he used to come up to every single ball and tell me what to bowl. So he used to tell me how to package it. I remember we were playing in Pune, and he had told me not to ball the slower ball. But I bowled a slower ball to Uthappa and he hit me for a six over mid-wicket. He walked towards me and apart from among other things he said, ‘Didn’t I tell you not to bowl that?” Patel added.