CSK Head coach Stephen Fleming has broken his silence and explained why Hangargekar is not getting a chance to play a match in the ongoing tournament. 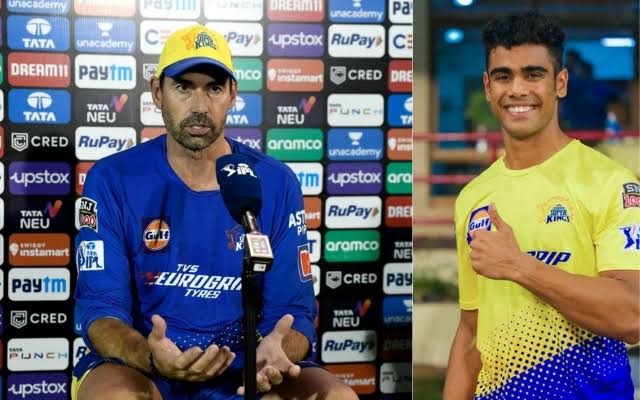 Four times IPL champion Chennai Super Kings won only 2 matches so far in the IPL 2022. If they want to qualify for playoffs then they have to win their remaining all matches. Under 19 star Ravichandran Hangargekar is waiting to make is IPL debut for the franchise. Head coach Stephen Fleming has broken his silence and explained why Hangargekar is not getting a chance to play a match in the ongoing tournament.

Ravichandran Hangargekar was picked by CSK for 1.5 cr at the IPL mega auction. According to official website of CSK Flemming said they don’t want to throw in and damage him.

“You have to be very careful. I know he’s (Rajvardhan) performed at the Under-19 level but this is a step up. We’re very conscious of the skills that he needs to perform. We don’t wanna just throw him in and damage him. We want to make sure we realise the potential that he’s got,” said Stephen Fleming.

He’s on an excellent program with us. He’s played some big games already. If the opportunity arises this year, we’ll put him in. Pace is one thing, how to use it and bowl on the big stage is very important. We’re not gonna mess around with a talent like him,” said CSK head coach.
.

Harshal Patel reveals about the 2018 IPL auction – “I felt that this is betrayal, I have been cheated”
IPL 2022 | Ravi Shastri advices Virat Kohli to pull out of IPL