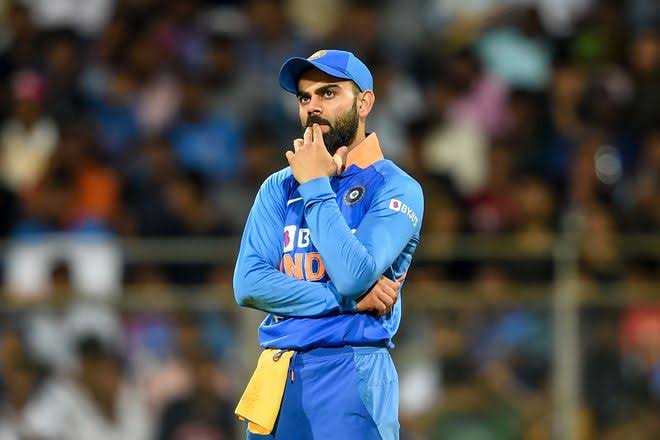 Virat Kohli is going through lean phase of his career. His batting is now huge concern for BCCI. He hasn’t scored a century over two and half years. His bat is also silent in the ongoing IPL.
Several cricket experts including former Indian coach Ravi Shastri adviced him to take break and refresh his mind. According to insidesports.in a top BCCI official told them that Virat’s performance was discussed with selectors.

“He is a great servant of Indian cricket. But his form from sometime now is a huge concern now for the national selectors and BCCI”,
“See we don’t intervene in the selection matters. Selectors have to take call on Virat and others. We can’t give our judgement to them. Obviously they are concerned what is happening to him”, added the official

When insidesport.in called National Selector Chetan Sharma on this matter, he said “I don’t want to speak about it”.
Virat Kohli left India’s captaincy from all three formats of cricket last year. He has scored only 128 runs off 9 matches in the IPL 2022. Former Indian coach Ravi Shastri urged him to pull out of IPL.