IPL 2022: Shane Watson opined his Response if Wahab Riaz Gives Him A Sendoff Like Krunal Pandya

Shane Watson shared his opinion on what if Wahab Riaz had kissed him during the 2015 World Cup knockouts as Krunal Pandya did to Kieron Pollard. 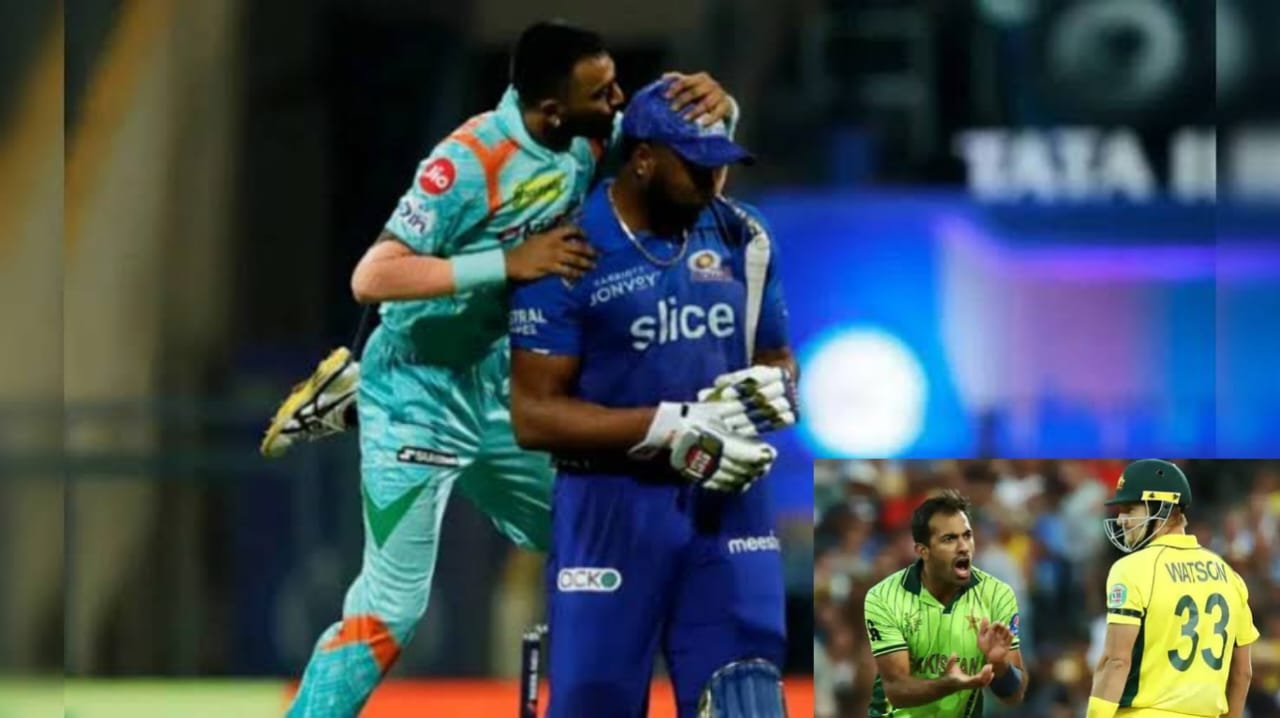 Shane Watson is an Australian former cricketer and currently an assistant coach with the Delhi Capitals (DC) in the ongoing IPL 2022. Watson shared his opinion on what if Wahab Riaz had kissed him during the 2015 World Cup knockouts as Krunal Pandya did to Kieron Pollard in IPL 2022.

Lucknow Super Giants Krunal Pandya dismissed his former teammate Pollard during the game between LSG and MI in the current IPL 2022. After getting his wicket, Krunal jumped on Pollard’s back and kissed his head. Krunal and Pollard were teammates until the last year 2021 playing for MI. Mumbai Indians released Krunal ahead of the mega auction. Pollard walked off without reacting to Krunal’s antics but many fans felt that his gesture was a bit too much.

Talking about duels, the cricket world witnessed a not-so-friendly duel when Wahab Riaz bowled thunderbolts against Shane Watson during the 2015 World Cup quarter-final.

Shane Watson, who is currently serving as Delhi Capitals assistant coach, recalled Wahab’s fiery bowling. Wahab was delivering a bunch of bouncers and also yorkers which were creating problems for Watson while batting. He stood at the on-strike and passed the bouncer bowls by ducking and weaving. Watson said the Pakistan Wahab would’ve never given him a send-off like Krunal.

“There is definitely no way that Wahab Riaz is going to kiss me on my head after that. It was a quarterfinal and that was a big battle. Even at that time, he had emotions that still haven’t changed,” said Watson on the Grade Cricketer’s YouTube channel.

Watson also said that it would be like “rubbing salt into the wound “even if a good mate celebrates after his dismissal.

“If someone did that to me after they got me out, oh jeez, even if it was a good mate, I will be doing well to not lose it. It is rubbing salt into the wound”.

Shane Watson said that he deserved everything that Wahab Riaz threw at him as he had sledged Riaz earlier in the match when he was batting.

It was a high-pressure competitive match where Pakistan had batted first and scored 213.  But Smith, Watson, and Maxwell brought the victory to Australia and went to the semis with 6 wickets in hand.