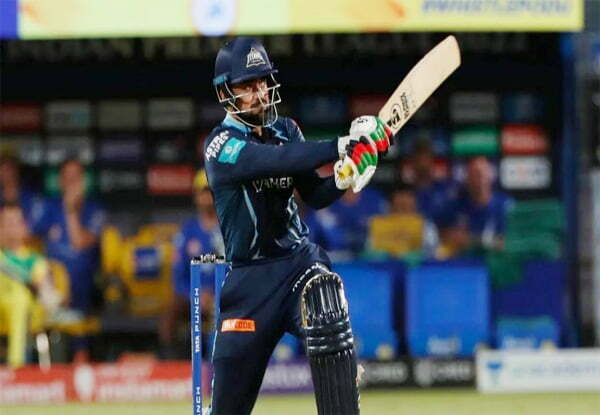 Gujarat Titans vice captain Rashid Khan has showed magnificent batting display against SRH at Wankhede Stadium on Wednesday night. He smashed SRH pacer Marco Jansen over the rope three times in 20th over and grabbed two points for the team.

Afghan spinner scored an unbeaten 31 off 11 balls. He hit four sixes including his trademark flat six through the onside with unbelievable wrist strength and swing. It almost looked like MS Dhoni’s helicopter shot but Rashid has not used full swing of the bat.

During a post match interaction with Titans captain Hardik Pandya on iplt20.com, Rashid Khan said “I call it the Snake Shot. When a snake bites someone it springs back (chuckles). When the ball is too full, I can’t finish the shot completely. My body position doesn’t allow me to finish the shot. If I try to do that, I can’t generate the power. So I have worked on it a lot and strengthened my wrists for it.”

The partnership between Rahul Tewatiya and Rashid Khan helped Gujarat Titans to win the electrifying match. In the post match presentation Rashid Khan has expressed his happiness and said he had belief on his batting.