IPL 2022: Sourav Ganguly – Virat Kohli and Rohit Sharma are great players and soon will get back in form

BCCI President Sourav Ganguly has given his thoughts on the form of the great batters Rohit Sharma and Virat Kohli. 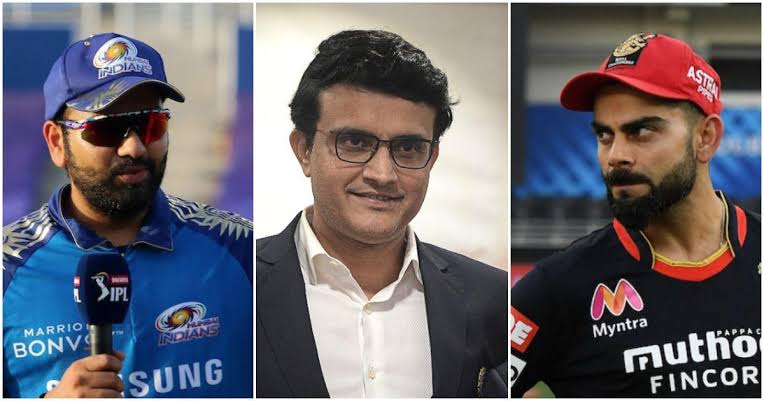 BCCI president Sourav Ganguly believes that Virat Kohli and Rohit Sharma will be back in the scoring form soon. Both the batters have struggled miserably in the current IPL season 2022. Kohli and Rohit’s poor form in the Indian Premier League has become big talk. Many past and current cricketers, fans, and almost everyone pouring their advice. In nine matches, Kohli has managed just 128 runs at an average of 16.00 with two golden ducks failing to show off his batting performance. While Rohit scored 153 runs and struggled with his team moving ahead. Five-time champion MI was out of the playoff race and still looking to get their first win in the current IPL 2022.

BCCI president Sourav Ganguly backs both the star players and believes they will come back soon with their form and start scoring runs. In an interview with News 18, Ganguly said,

“They are great players and I am sure they will get back in form. I hope they start scoring runs soon. I don’t know what is going on in Virat Kohli’s head but I am sure he will regain his form and get some good runs. He is a great player”.

Asking about this season’s IPL, Ganguly said he is impressed with Sunrisers Hyderabad pacer Umran Malik, who has been bowling over 150 kmph.

“Oh, it’s very interesting; I am watching [the IPL]. Any team can win and everyone is playing well. The two new teams – Gujarat Titans and Lucknow Super Giants – are doing well. Umran Malik’s bowling has been eye-catching. Umesh Yadav too has bowled well and so has Khaleel Ahmed. I would say Umran Malik has been the outstanding face of the league so far,” said Ganguly.

Ganguly says about increasing the crowd capacity at the Eden Gardens in Kolkata as IPL 2022 playoff matches will take place at that venue.

Also, Ganguly discussed the requirement of bio-bubble after IPL.

“If the Covid cases do not rise in the country, bio-bubbles may not be required after the IPL. But, we will have to wait and watch for how long will they will be able to play in one place. Covid is here to stay – it will be around for another 10 years, so we have to live with it. [As for BCCI handling the situation if the need arises], let’s see what can be done”.

You may also like Virat Kohli may be dropped from India’s T20 squad. Top BCCI Official gives major hint