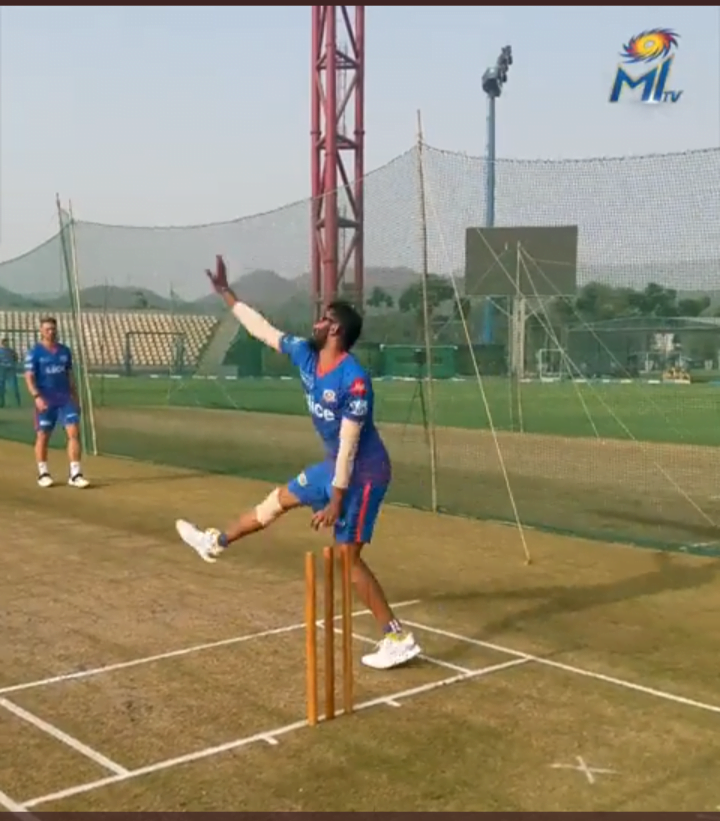 One of the finest bowler in the world has suffered his bowling form in the ongoing IPL.
Bumrah picked only five wickets with an average of 45.80 where as he took 21 and 27 wickets in the IPL 2021 and 2020 respectively.

Mumbai Indians posted a video on social media where Bumrah was bowling with left hand and hit the wickets three times.
In the video MI bowler Danial Sams said “He (Bumrah) has hit the stumps three times in a row bowling left-handed.”

MI skipper Rohit Sharma shared a heartfelt message to fans on Monday. “We haven’t put our best foot forward in this tournament but that happens, many sporting giants have gone through this phase but I love this team and its environment. Also want to appreciate our well-wishers who’ve shown faith and undying loyalty to this team so far,” he said on Twitter. In reply Mumbai Indians posted “Stronger Together”.

Mumbai Indians mentor Sachin Tendulkar said the Mumbai team is young and they will learn from their mistakes.

“Mumbai Indians are going through tough times, in this, we should stick together and then move forward as a team. Despite the challenging season, the boys have worked as hard as they possibly could; we as MI have raised expectations very high. This is a new and young team, they may take time to settle down but you have to ride together through these phases. Stick together as a team and find a solution,” Master Blaster said to broadcasters during the match between MI and CSK.

GT vs SRH | Rashid Khan names his trademark stroke as ‘Snake Shot’ | Watch
IPL 2022: Sourav Ganguly – Virat Kohli and Rohit Sharma are great players and soon will get back in form