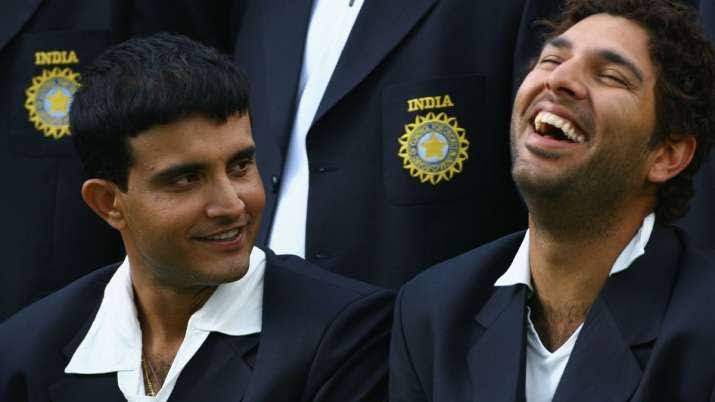 Former Indian cricketer Yuvraj Singh recalled that he was tricked by the captain of the team Sourav Ganguly ahead of the debut innings at the 2000 ICC Knockout tournament.

Sourav Ganguly asked Yuvraj if he was willing to open for India. Yuvraj Singh was surprised and said “Yeah, if you want me to open, I’ll open,” remembered telling his skipper. Yuvraj also admitted that he had a sleepless night before the debut following the conversation with Ganguly, “Whole night I didn’t sleep”. Yuvraj Singh recalled while speaking with former India cricketer Sanjay Manjrekar on Home of Heroes on Sports18.

On the morning of the match, the captain confessed to pulling a fast one and opened the innings himself. India reached 265 against Australia and Yuvraj came into bat at No.5 after losing Sachin,Sourav and Dravid ‘s wickets at 90/3. Yuvraj started his power batting and the Australian fielder dropped the catch at 37 that made him to score 84. Playing against Australia is a big thing while they are considered unbeatable at that time. It was his second ODI where he got to and his 80-ball knock earned him first Player of the Match award. Yuvraj debut ODI match was against New Zealand, but he did not get to bat.

Luckily, I went on to score 84 : Yuvraj Singh

“I was batting at No. 5, very nervous. But when I went into bat, focus turned to watching the ball. If I today would’ve scored 37 on my debut against Australia, I would’ve been very happy because of the attack that I was facing,” said Yuvraj.
“Luckily, I went on to score 84, I don’t know how, just watched the ball, hit the ball. It was a very big moment for me, to beat Australia and get the Man-of-the-Match award,” Yuvraj recalled.

While Australia chasing a score of 266 for a win in 48 overs, Indian team bowled and fielded with a fiery determination to dismiss Australia for 245 in 46.4 overs in Nairobi in the quarterfinal and reached semifinals. India had eventually lost to New Zealand in the final after beating South Africa by 95 runs in the semi-final.

” I have vegetarian food for breakfast. Playing first match against the big Aussies is a big thing for me. Wickets kept falling at intervals, I decided that I will keep the strike to myself ” former southpaw said at the post match presentation.