Former South Africa captain Graeme Smith recollected the 2006 ODI against Australia where his team chased down 435 runs in Johannesburg. 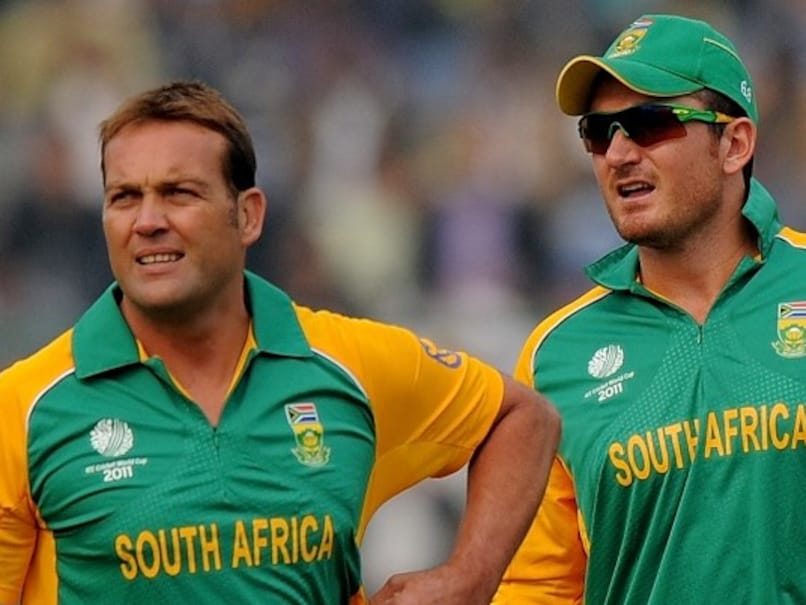 Former South Africa captain Graeme Smith recollected the 2006 ODI against Australia where his team chased down 435 runs in Johannesburg. In which, Herschelle Gibbs’s 175 runs surpassed Ricky Ponting’s score of 164. This is considered the highest chase in the history of ODI cricket.

South Africa captain Graeme Smith won the toss and opted to field. Then Australia batted first with openers Adam Gilchrist and Simon Katich making up a score of 97 in partnership. Adam Gilchrist scored 55 runs from 44 balls before he was dismissed in the 15th over. While Simon Katich with 79 for 90 balls. Ponting scored 164 with 105 balls and got dismissed by Dippenaar b Telemachus at 49th over gaining man of the match. Michael Hussey (81 from 51 balls) and Andrew Symonds (27 off 13 balls) led Australia with a score of 434.

While South Africa chasing 434, Smith opened the batting and scored 90 runs in 55 balls. He was dismissed at 22nd over by Hussey b Clarke. While Gibbs gave a big score of 175 runs in 111 balls, including 21 boundaries and seven sixes making proteas in a safer place to win. Next, AB de Villiers scored 14 and Jacques Kallis 20. Mark stood up with 50 runs after smashing Brett Lee’s over for a four to win the game.

Graeme Smith recalled recollected the 2006 ODI where he won the toss and how they chased Australia down. Jacques Kallis came in the dressing room to “break the ice” saying their team had stopped Australia with a short of 15 runs.

“As a captain, you can understand I wasn’t feeling really good as I walked off the field after winning the toss and electing to bowl first. We only had a few minutes to make a U-turn.  Let me pad up first because I’m hitting first” Smith told to Cricket.com.

“It was about getting my headset to bat, and then we’ll get the team in the correct state of mind.”

“While I was padding up, Jacques Kallis burst into the room, saying, “Bowlers, we’ve done a terrific job, and Australia is 15 runs short.” When the opponent got 434 scores, it (Kallis’ words) “broke the ice” so everyone came out laughing. We set some goals after that, and everyone laughed hysterically once more.”

Graeme Smith also said it was the “greatest” ODI ever played with a lot of emotions in winning. He also credited Herschelle Gibbs 175 for breaking Ricky Ponting’s score of 164 in that match.

“Then it was just about knowing, ‘I’m going out first. How do I get the team off to a good start and get some momentum.’ But what a rollercoaster! Herschelle Gibbs was incredible and so was Ricky Ponting’s knock. And I think it’s still the greatest ODI ever played in terms of the ebbs and the flows, the final-ball finish and the emotions at the Wanderers,” Smith further added.