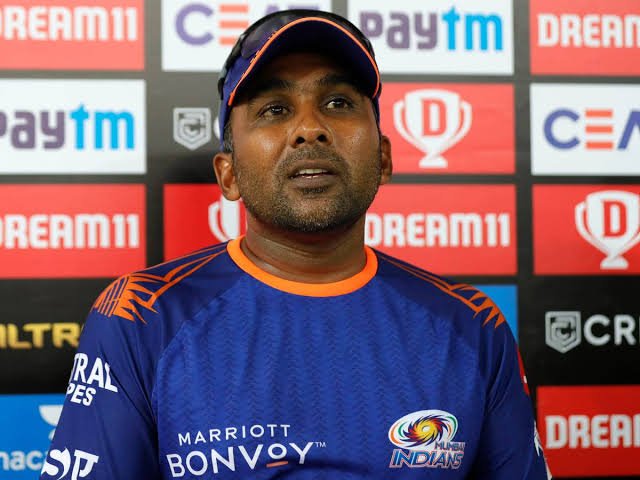 Former Sri Lankan captain Mahela Jayawardene has picked first five players of his Dream XI . In the latest episode of The ICC Review ,Jayawardene has nominated two batters, two bowlers and a wicketkeeper ahead of T20 world cup. Surprisingly He has included only one Indian player. ICC hall of famer Mahela Jayawardene is currently working as a head coach of Mumbai Indians IPL team.

Rashid Khan : Jayawardene Picked his first choice Afghan spinner Rashid Khan, who currently plays for Gujarat Titans in the IPL. Surprisingly he has played some magnificent batting performances with strike rate off 197.22 in the ongoing IPL. “For me the bowlers are the most important aspect of T20 cricket and Rashid Khan is a proper spinner that can bat. He is a very good number seven or number eight batter and you can use him in different circumstances depending on your combinations. He can also bowl in different phases of an innings like during the Powerplay, the middle overs and also at the death he is not a bad option depending on the conditions, so Rashid would be my first pick,” Jayawardena said.

Shaheen Afridi : Next he named Pakistan pacer Shaheen Afridi, ICC Test player of the year in 2021.”I am then going to go with two more bowlers actually and the first one is going to be a left-armer in Shaheen Afridi.Hr had a great World Cup last year, bowls very well with the new ball and is more than capable of getting some swing early too.He is a wicket taking option too that bowls very well at the death as well, so can be considered a good attacking option.” said Jayawardene.

Jasprit Bumrah: Then he nominated Indian bowler Jasprit Bumrah .”Jasprit Bumrah is a guy I have always admired as he is capable of bowling in different phases of an innings,He is another wicket taking option and, when you need guys to close an innings off, there is no one better than Jasprit Bumrah.” Jayawardene added.

Jos Butler : MI coach included England explosive opener Jos Butler who has smashed three century in the IPL 2022. “I would probably open the batting with Jos,” Jayawardena said. “He is very aggressive and plays both pace and spin well. He has been in great form at the IPL of late and did well at the last T20 World Cup as well where he played really well in tough conditions in the UAE,” he added.

“The next option is the wicketkeeper-batter and I am going with Mohammad Rizwan,” Jayawardena said. “I know he does often open the batting for Pakistan, but I think he can bat in that middle order.He is a good player of spin and a very busy player.”