Yuvraj reveals how he missed out on the captaincy role in 2007, and BCCI in a surprise gave MS Dhoni the captaincy for Team India 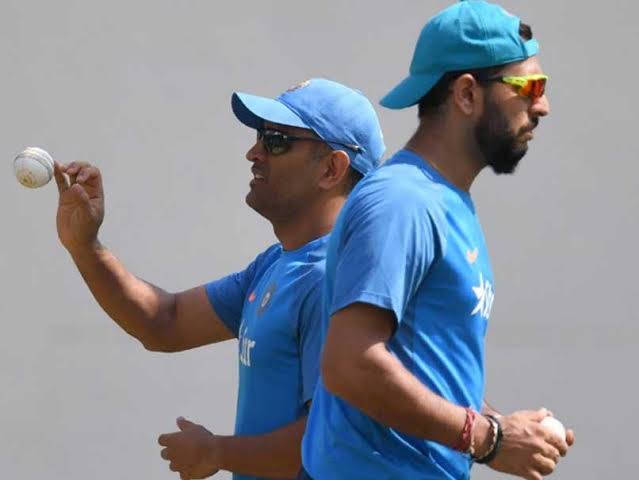 Former Indian all-rounder Yuvraj Singh has played a key role in the 2007 T20 World Cup and Player of the Tournament award in India’s World Cup triumph in 2011. Yuvraj started his debut in 2000 and rose as one of the best players on the Indian cricket team. Yuvraj was the vice-captain to Dravid during the tour of England but before the 2007 T20 World Cup.

Rahul Dravid quit his captaincy in 2007 and the BCCI was in a need to choose a new captain. Most people believed Yuvraj was the best and considered the favorite candidate for captaincy after senior players like Sachin Tendulkar, Dravid, and Sourav Ganguly stepped out from the big event. MS Dhoni was chosen over him for the 2007 T20 World Cup despite Yuvraj being the vice-captain, which was a surprising decision as Dhoni had not led any domestic game before. Yuvraj reveals that some BCCI officials were not happy with him supporting the legend Sachin Tendulkar during those noisy periods of Indian cricket under Coach Greg Chappell.

Australia’s Greg Chappell is considered one of the all-time greatest batters. He was the Indian coach from 2005 to 2007 which was full of controversies for the Indian cricket team. He had a difference of opinion with both Sourav Ganguly and Sachin Tendulkar with a lot of changes in batsmen. In this controversy, Ganguly lost his India captaincy and a spot in the playing XI for a year.

In his biopic, ‘Sachin: A Billion Dreams’, Tendulkar said: “A number of senior players disagreed with the manner in which Chappell was handling our side. Just before a month from the World Cup, he made drastic changes in the batting order that affected everyone in the side.”

Yuvraj Singh finally revealed the reason why he missed out on Team India captaincy during the interview with Sanjay Manjrekar on Sports18.

“I was supposed to be the captain. Then the Greg Chappell incident happened. It had become Chappell or Sachin. I was probably the only player who supported…that I support my teammate. And there were a lot of people in the…Some of the BCCI officials did not like that. It was said that they should make anybody the captain but not myself. This is what I heard. I am not sure how true it is. Suddenly from vice-captaincy, I was removed. Sehwag was not there on the team. So, out of nowhere Mahi (MS Dhoni) became captain for the 2007 T20 World Cup. I thought I was going to be the captain,” said Yuvraj Singh

“Viru was senior but he was not on the England tour. I was the vice-captain of the ODI team while Rahul was the captain. So, I was supposed to be the captain. Obviously, it was a decision that went against me but I have no regrets about it. Today, if the same thing happens, I will still support my teammate” further added.

Dhoni as a captain had led India to a memorable triumph in the inaugural edition of the T20 World Cup. India won over arch-rivals Pakistan in the finals contested in South Africa. Yuvraj played a key role during the 2007 T20 World Cup, along with MS Dhoni. And Yuvraj Singh further said that MS Dhoni was the right guy to lead the team and as he was struggling with injuries during that time, even if he had become the captain, he would have missed significant time to deal with them. Dhoni-led India to three major ICC trophies along with several bilateral series wins across the globe.

“After a while, I thought Mahi was getting really good in captaincy. He was probably the right guy to lead in ODI cricket. Then I started getting injured a lot. Even if I was made the captain, I would have to go. Injuries were taking a toll on my body for a while. Everything happens for the best. I actually don’t regret not having the captaincy of India. It would have been a huge honor. But I would always choose my teammate, if bad things have been said about his character, I would always stand up for my teammate,” Yuvraj said.

You may also like It was an emotional decision to make Rohit Sharma captain in Test cricket, feels Yuvraj Singh

Ravi Shastri warns Umran Malik and advice him to hit the ball on right areas
Thought game was done when Sachin got out, didn’t know about Yuvraj and Kaif’ – Nick Knight recalls India’s NatWest series triumph