Virender Sehwag names back up wicket keeper for T20 world cup. He is neither Ishan Kishan nor Wriddhiman Saha. 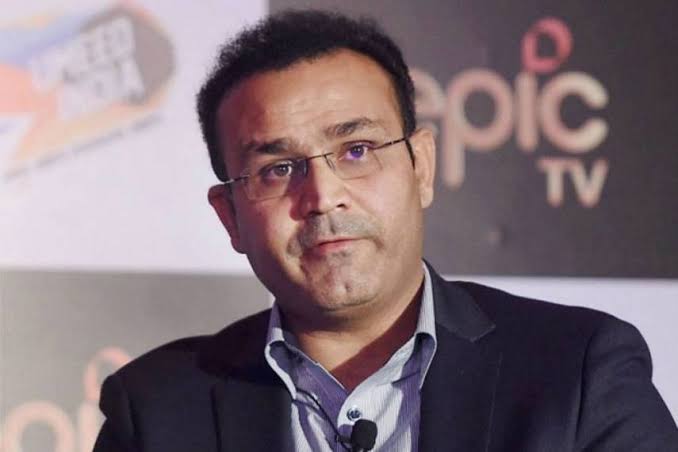 Many Indian wicketkeepers have performed brilliantly in the 15th edition of IPL. While, India’s first choice wicket keeper and explosive batter Rishabh Pant has been leading Delhi Capitals Team. His volatile performance with bat has impressed everyone. Pant has scored 260 runs with huge strike rate off 150.29 in the IPL 2022. Few days ago he smashed SRH bowler Shreyas Gopal for three consecutive sixes. Another wicket keeper Wriddhiman Saha has also performed brilliantly for Gujarat Titans. MI wicket keeper batsman Ishan Kishan played a quick fire knock in the last game and has also hit two back to back half centuries in the ongoing IPL. But former Indian opener Virender Sehwag named Jitesh Sharma as a back up wicket keeper for Team India.

PBKS wicket keeper Jitesh Sharma has played a blistering unbeaten innings of 38 from 18 balls including 4 fours and 2 sixes. His fiery knock helped the franchise to reach 189 runs but Punjab didn’t defend this total as Rajasthan Royals won the match. So far Jitesh Sharma has scored 162 runs with whooping strike rate of 167 in the season.

Talking to Cricbuzz, Virender Sehwag said, “No doubt Jitesh Sharma batted brilliantly. Ishan Kishan, Rishabh Pant and Wriddhiman Saha are all wicket-keeper batsmen. But Jitesh impressed me a lot. His style is to bat fearlessly.” Sehwag believes that Jitesh Sharma should be taken as a back-up wicketkeeper for the T20 World Cup to be played in Australia in October-November this year.”

See also  IPL 2022 – RCB vs. CSK: RCB’s Reason Behind the Black Armband during the Match

Sehwag also said that a six from Sharma reminded him of VVS Laxman‘s very very special shot against Shane Warne. “He just expresses himself. He knows his zones, he knows the shots he has to play. The six he hit Yuzvendra Chahal.. it reminded me of VVS Laxman when he hit Shane Warne for a six through midwicket. It was a wonderful batting performance,” Sehwag said.

“He has impressed me a lot. If it was in my hands, I would take him as a backup wicketkeeper-batter to Australia,” the former India opener further added.