Virender Sehwag has revealed that David Warner was not disciplined in his first season and gave a hard time to the team management. 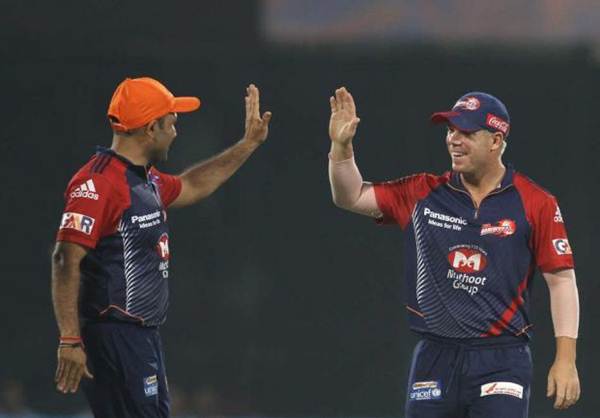 David Warner is a destructive batter with amazing consistency in cricket. The Australian cricketer is currently playing for Delhi Capitals in the ongoing Indian Premier League 2022

David Warner is one of the most talented players in the IPL. But he didn’t have a good start in the league. Warner’s debut was with Delhi Capitals in the 2009 season where he couldn’t score many runs. In his debut IPL, he had only seven matches to play.  Former Indian and DC skipper Virender Sehwag has revealed that Warner was not disciplined in his first season and gave a hard time to the team management. They had no option but to remove him from the team that year and also won the match. Warner began his stint with Delhi Daredevils in 2009 and played five seasons and moved to Sunrisers Hyderabad in 2014 and played there for 8 years till IPL 2021.

“I had once vented my anger at Warner because of the way he was traveling with the Delhi team. He had just come in (2009), believing more in parties, less in practice and matches. I suppose in the first year, he was also involved in a fight with some players, so we sent him home for the last two matches,” Sehwag said Cricbuzz.

“It happens sometimes that in order to teach someone a lesson you have to bench him. Because he was a new player, it was important to tell him that you are not important to the team; there are other players who can play in his place and win matches for the side. And it happened. We benched him and we won as well,” added Sehwag.

The discussion began about the topic of David Warner prior to the start of the Delhi Capitals vs Sunrisers Hyderabad IPL match on Thursday.

Sehwag said it was sunrises Hyderabad’s mistake to first remove Warner as captain. And then they bench him completely during the 2021 season. Warner was with SRH for eight years. He scored a total of 4014 runs in 95 matches at an average of 49.46 and a strike of 142.59. And he scored 40 half-centuries and two centuries during his period with SRH. Warner was the major reason for SRH to win the IPL title in 2016. Warner might not have had the ideal start in his debut IPL but went on to become one of the greatest batters to have played in the league.

“If you keep a player, who has been consistently giving performances, out then that is wrong. Then you are spoiling the winning combination of the team. It sends out the wrong message. What was David Warner’s fault when he said that he didn’t drop a player… the selectors dropped him, and team management dropped him. Warner didn’t say anything wrong,” said Sehwag.

“Tomorrow if the India captain says that such and such player had not been dropped by him but by the selectors, it means he is telling the truth… will he be removed as captain, will you remove him from the team completely? That will be a wrong decision. Whatever happened was wrong”.

“(New SRH skipper) Kane Williamson is not doing any better. He has the same performance this year as Warner had last season but the New Zealander is still the captain… almost identical numbers, but he is still there”.

“I suppose his (Warner’s) off-field remarks did not go down well with the (SRH) team management. They (SRH management) would have thought that the impression going out was that the captain is given less importance in the side and calls are taken by the management,” added Sehwag.

“Kieron Pollard in IPL 2022 is coming to end?” – Aakash Chopra on West Indian’s form in the current season after the match against GT
Watch | IPL 2022: KKR pacer Shivam Mavi conceeds five sixes in one over against LSG