Shivam Mavi had an unforgettable night on Saturday as he left out 50 runs in his four overs during KKR’s 75-run loss against LSG. 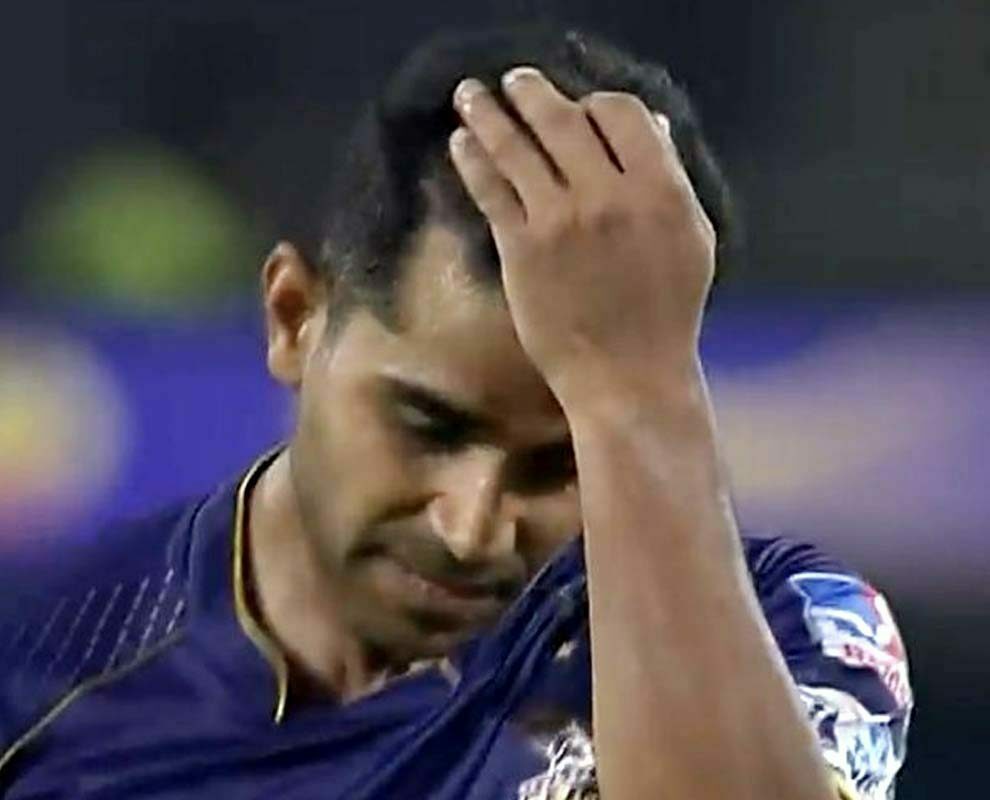 Shivam Mavi had an unforgettable night on Saturday as he left out 50 runs in his four overs during Kolkata Knight Riders’ 75-run loss against Lucknow Super Giants at Maharashtra Cricket Association Stadium, Pune. Shivam Mavi completely shifted the momentum of the game at the death over with his bowling. Mavi has smashed five sixes in the 19th over of the game by Marcus Stoinis and Jason Holder.

Australian all-rounder Marcus Stoinis hit three consecutive sixes of Shivam Mavi’s ball in the 19th over. Shivam Mavi came back well in the 4th ball by picking up Stoinis’s wicket. But he couldn’t restrict Jason Holder from hitting his next two balls for two sixes, which makes five sixes off the over.

Shivam Mavi became the 4th bowler in the history of IPL to concede 5 sixes in an over after  Harshal Patel (RCB vs CSK in 2021), Sheldon Cottrell (PBKS vs RR in 2020), and Rahul Sharma (Pune Warriors vs RCB in 2012). Mavi in last year’s IPL season too conceded 29 runs in the 20th over of the match. The young pacer has given poor returns in the death overs so far in the Indian Premier League.

In the 53rd match of IPL season 2022, Kolkatta Knight Rider won the toss and opted for Lucknow Super Giants to bat first. LSG lost their captain KL Rahul without facing a ball through running out by a direct hit from KKR skipper Shreyas Iyer in the first over. Deepak Hooda(41)  joins Quinton de Kock (50) scoring a quick 71 runs partnership. Though, LSG lost wickets at regular intervals. The finishers Marcus Stoinis(28) and Jason Holder took LSG to a decent total of 176/7 in 20 overs.

In reply, KKR openers failed quickly. Within 7overs four top-order batsmen were back in the pavilion for just 25 runs. Andrew Russell, the retained all-rounder of KKR walked in with a lot of hopes and expectations. Russell played his natural game by hitting five sixes and 3 boundaries for a quick 45 runs in 19 balls. He was caught off a low catch by his countryman Jason Holder. KKR’s hopes ended after Russell’s wicket. In the 14.3 overs, KKR ends up with 101/10 which put LSG at top of the point table with 16 points overtaking GT with a net run rate of 0.703.

KKR lost by 75 runs its captain Shreyas Iyer said at the Post Match Presentation about the match,

“They outplayed us in both the departments – batting and bowling. We got off to a bad start in the power play and also we leaked a lot of runs in the death overs. We couldn’t read how it (the pitch) was going to play, and based on that we elected bowling. I thought we could have restricted them to 155-160. They got to a really nice total in the end. We (Myself and McCullum) discuss chasing, we have this conversation every now and then. I have won a lot of tosses, but it would have been good if I lost those tosses. We are not able to capitalize on the small things. In the middle overs, we have been bowling amazing, just that we need to do well in the powerplay and in the death overs. We need to assess that and bounce back. In the next three games, we need to do that”.

Watch : Shivam Mavi conceeds 30 runs in one over

“David Warner believed more in parties, less in practice and matches, we sent him home” – Virender Sehwag’s big revelation
Virender Sehwag names back up wicket keeper for T20 world cup. He is neither Ishan Kishan nor Wriddhiman Saha.