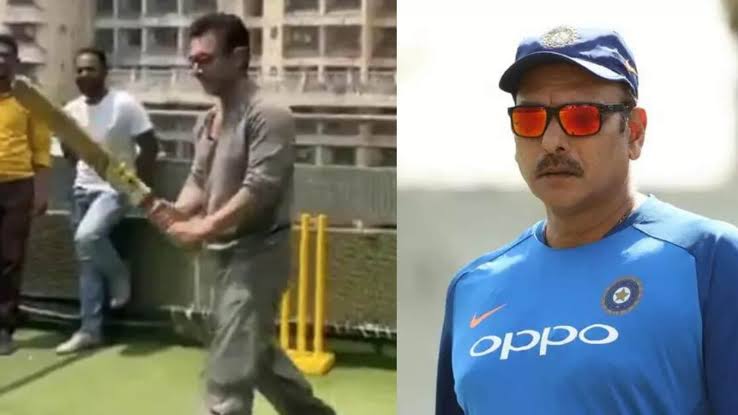 Bollywood star actor Aamir Khan is busy now for his upcoming movie Lal Singh Chaddha which will release on 11th August 2022 in theatres. Aamir Khan was seen playing cricket on his office terrace in the promotional video for the new song of this film opposite Kareena Kapoor Khan. He asked “IPL mein chance hai kya (Is there any chance to get an IPL team ?) in the video. Former Indian coach Ravi Shastri gave him valuable advice on his footwork.

Recently IPL broadcasting channel Star Sports uploaded a video on Social media handle where anchor Jatin Sapru is seen to ask Ravi Shastri if Aamir has any chance to play in IPL. Former Indian coach quickly responded, “He looks good in the nets. Probably, he needs to spend some time on his footwork. But should get into most teams.”

The video was posted in the Instagram with the caption, “The boss has spoken! #AamirKhan, What do you think of @ravishastriofficial’s analysis of your batting?.”

One of the Instagram users suggested that the Lagaan actor should join KKR, co-owned by another Khan, Shah Rukh ukh Khan. The fan commented on the post “Haan ji kkr mai khila do inko ek Khan ki team hai dusra superstar Khan usi team se khelega.”( Yes! Amir should play for KKR, the team owner is a Khan and the another Superstar Khan would play for KKR.)

Further Aamir Khan production uploaded a video on social media where Amir Khan was funnily asking to Ravi Shastri “”Ravi I am a little disappointed that you did not like my footwork. Maybe you have not watched Lagaan. Do watch it again. Any team would be lucky to have me. Recommend me properly. It will be fun. You wanted footwork right, see this.” The caption on the video shared by Aamir Khan Productions read: “When the boss demands, you deliver. Aamir Khan has begun working on his footwork. Ravi Shastri, toh selection pakka samjhe na?”

Virat Kohli may attend during Mumbai Indians vs Delhi Capitals match | Watch
MS Dhoni Gives Big Update On Whether He Will Play Next IPL Season or Not ?