Ravi Shastri advises Rishabh Pant to change his playing mode to ‘Russell’s mode’ to keep up the hopes of the Playoffs in IPL 2022. 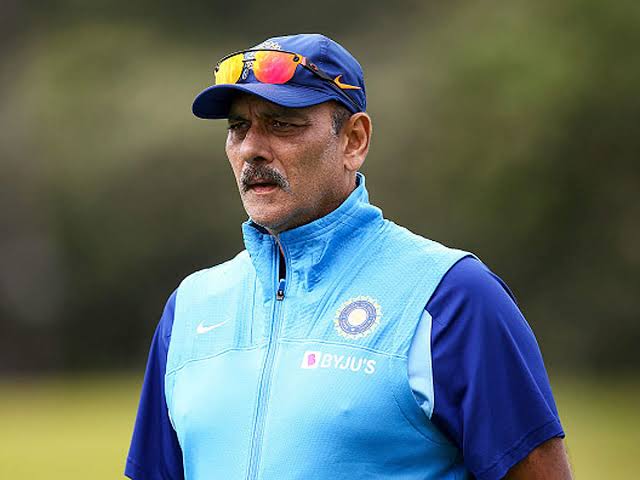 Delhi capitals in the 5th position in the points table winning 5 out of 11 matches. Their playoff chances are crucial as they need to win all the remaining matches. With the compulsion to win today’s match against Rajasthan Royals former India coach Ravi Shastri advises Rishabh Pant to change his playing mode to destructive Andre ‘Russell’s mode’ to keep up the hopes of moving towards the Playoffs.

“I feel once he gets the tempo going he shouldn’t change, he should be in the [Andre] Russell mode in this format of the game,” Shastri said on ESPN Cricinfo’s T20 Time Out.

“You get your eye in, you’re striking it well – don’t think too much. No matter who the bowler is, if it’s there to be smacked, smack it. Who knows, you might win more matches than people expect you to.”

Shastri believes that once Russell sets his mind, he never changes and just hits the ball irrespectively. Even Pant is capable of doing destructive batting which will lead him to be more special than expected.

“Russell is very, very clear in his mindset. It is bang-bang-bang once he’s in the mood. There’s no stopping him, there’s not even a negative thought that will peep through his system – it is [all about] smacking. Rishabh is totally capable of playing in that fashion, and I hope he thinks in that way because you’ll see some special innings from him in T20 cricket.”

“He’s getting off to starts and then getting out in a manner which he wouldn’t like, but I don’t think he should change his tempo. I’d like to see him bat at three for Delhi Capitals, especially now when the heat is on when they’ve got to win. Let him go and smack it,” Shastri concluded.

Former New Zealand captain Daniel Vettori feels Pant is best when he doesn’t care about anything except the match.

“Rishabh Pant is almost at his best when he’s reckless, and we’ve seen him play some exceptional innings when he just continues to take teams downtime and time again,” Vettori said on ESPN Cricinfo’s T20 Time Out on Sunday, May 8.

Also, Read | IPL2022 | Ravindra Jadeja is not a natural captain and looked a fish of water: Ravi Shastri

Watch| IPL2022: Moeen Ali hails Devon Conway for his consecutive fifties after his comeback from marriage
Watch| IPL 2022: “I smiled because I felt like I have seen everything now” – Virat Kohli on his golden ducks