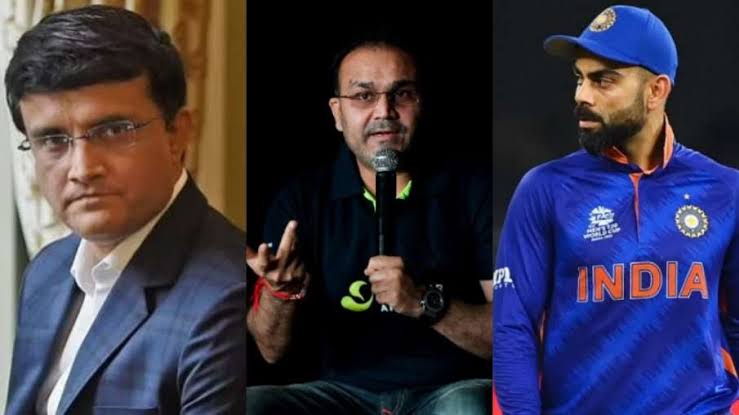 Over the years Team India have produced great captain in international cricket circuit. Former explosive batter Virender Sehwag has compared the captaincy between Sourav Ganguly and Virat Kohli in a sports 18 show. He stated that Former Indian captain Sourav Ganguly built a new team and always backed the youngsters but Virat Kohli didn’t do that.

“Sourav Ganguly built a new team, brought in new players and backed them through their highs and lows,” Sehwag said on Home of Heroes, Sports18’s newest offering. “I doubt if Kohli did that in his tenure.”

Virat Kohli left his captaincy in all formats of cricket in the last year. As a captain his records are far better than Sourav Ganguly but he didn’t win any major ICC tournaments. He led team India for 68 test matches and won 40 of them.