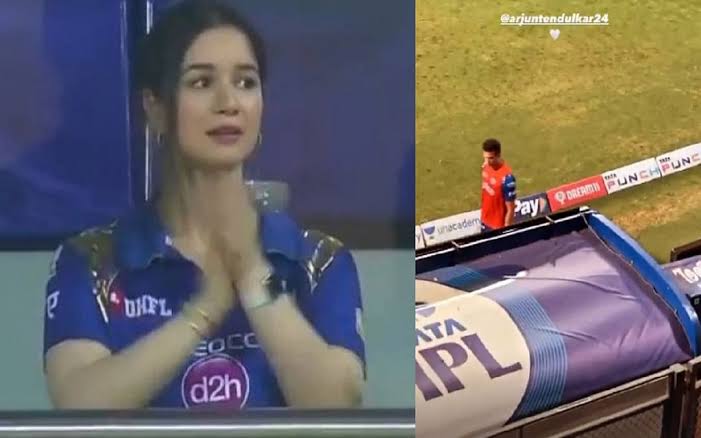 Five Times IPL champion Mumbai Indians ended dismaying IPL journey with a victory against Delhi Capitals at Wankhede Stadium on Saturday. Mumbai Indians gave chance to 22 players out of 25 in the ongoing IPL tournament. But among the three not to play a single match was Sachin Tendulkar’s son Arjun Tendulkar. Sara Tendulkar shared an emotional video for her brother.

Meanwhile, Left arm fast bowler all-rounder Arjun has been part of Mumbai Indians since 2021. He was brought by the franchise again for Rs 30 lakh in the IPL mega auction which was held at Bengaluru in February. Many experts expected Arjun Tendulkar to make his IPL debut in this edition of IPL. Fans also urged on Social Media to give him chance even in a single game but surprisingly he didn’t get chance.

During Mumbai Indians’ last league match against Delhi Capitals Arjun Tendulkar was seen in the boundary lines helping the players change the bats or for serving water. Arjun Tendulkar’s sister Sara Tendulkar was present in the stadium and captured that video. She posted this in her Instagram story song ‘Apna Time Aayega’ from Bollywood movie Gully Boy.

However, Mumbai Indians won their last league match against Delhi Capitals by 5 wickets. “We were here to win the game. I know few teams were watching us closely, but we wanted to finish on a high. We’ll try to correct the mistakes next season. It was tough after losing eight games, so we needed to rectify the mistakes. But I think we performed well in the second half of the season. When they got to 160 I was nervous, because it was a sluggish pitch. It wasn’t coming on to the bat nicely. I thought if you restrict a team to 150-160, it was about getting one good partnership. We didn’t get off to a good start, but that (Kishan and Brevis) partnership put us in a good position.” MI skipper Rohit Sharma said at the Post Match Presentation.

“I know cricket doesn’t end here” Rohit Sharma talked about his poor batting performance in IPL 2022
“I rate him highly because he is a dangerous player” : Sachin Tendulkar names “under rated” IPL batter | Watch