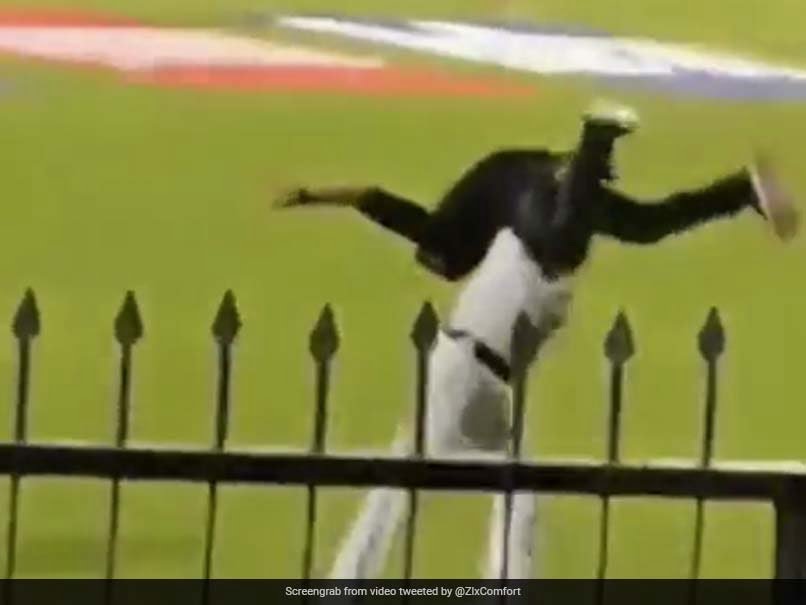 A ‘Baahubali Style’ act by Kolkata Police stunned Virat Kohli at Eden Gardens. During an IPL eliminator match between RCB and LSG, a fan breached the security and entered the ground. Virat Kohli couldn’t believe his eyes as a policeman lifted that fan on his shoulder to carry him out of the ground.

There is nothing new as this has happened before as well, fans breaking security and running into the playing area to meet their favourite cricketer. In a video posted by twitter user it was seen that a fan was running towards kohli, a Kolkata Policeman came and lifted the fan on his shoulder like a WWE wrestler and carried him outside the ground. Seeing this former Indian captain almost sat in disbelief and also mimicked the security personnel.

Talking about the match, Indian uncapped player Rajat Patider’s incredible century helped RCB to win the match by 13 runs against LSG. Virat didn’t contribute much as he scored 25 runs off 24 balls. RCB will play their next match against RR at Narendra Modi Stadium on Friday. The winning team of this game will qualify for the IPL 2022 final where they will face Gujarat Titans on Sunday in the same stadium.

“That was one of the best innings I’ve ever seen under pressure by Rajat Patidar, and I’ve seen many, That level of striking in this game is some level of batting. Watch out for him! ” said Virat Kohli after end of the match

” I never feel any pressure as I think I have the ability to make up for the dots. I was busy after the 2021 IPL playing for my club. I wasn’t picked after the 2021 IPL but that wasn’t in my control” said Rajat Patider at the Post Match Presentation.