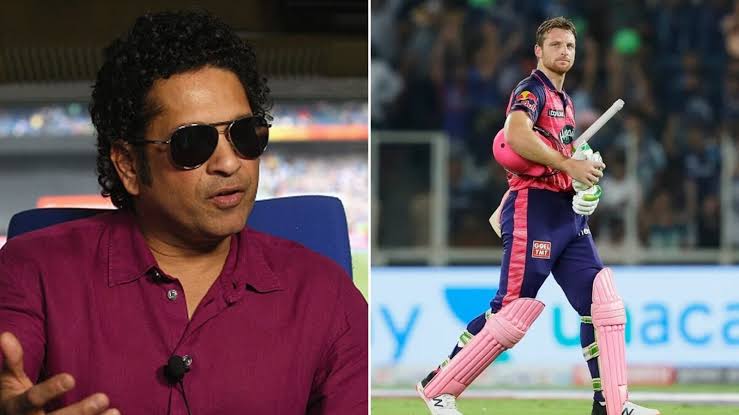 Meanwhile, batting first RR scored only 130 runs in 20 overs which was chased by GT easily. Master Blaster said that Royals played previous match in this ground where they bowled first and their pacers got some seam movement. But this time Samson elected to bat first after winning the toss and it astonished him.

“In the final, Rajasthan won the toss and surprisingly batted first. If you would have seen the previous match, Rajasthan bowled first and their bowlers had gotten an off the seam movement. But today, they batted first I don’t know why. Maybe in a big match, they wanted to bat first, but on this ground, Gujarat had never played. RR had the advantage of knowing how this wicket behaves. So I believe that had Rajasthan bowled first, the pressure would have been on Gujarat,” Tendulkar said on his YouTube video.

‘They thought Buttler will bat the same way he did in last match’: Sachin Tendulkar

Tendulkar said that RR thought Butler will bat in the same explosive way as he batted against RCB. Sachin explained this and told he(Butler) didn’t get support from RR batters except Sanju Samson and it became very much tough for him to fight the battle alone.

“In the previous game, the way Buttler had batted, they (GT) thought will bat the same way he did in last match, so for that, they would need to put up a big total. But unfortunately for RR, Buttler was only getting support from Sanju Samson. Rest of the batter couldn’t contribute as the team would have expected them to. You expect at least 50 percent of your batters to deliver but since that did not happen, Buttler was playing in a different manner. He was hoping for a phase where he could attack but it became too much for him to fight this battle alone,” mentioned Sachin.

“Hardik’s captaincy was outstanding. And the bowling changes he made were very smart ones. He himself took the lead role and was instrumental in getting those crucial breakthroughs.” former MI captain said.