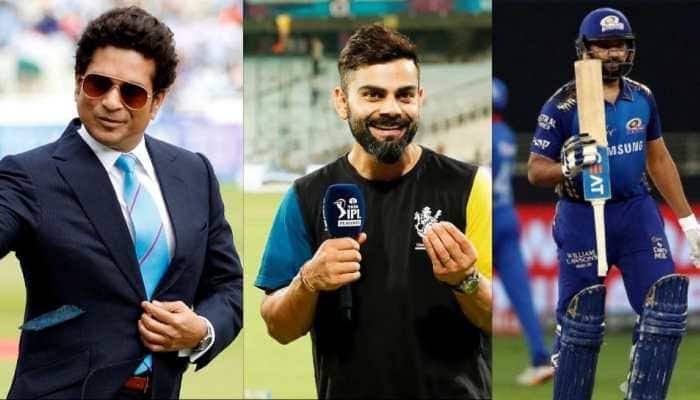 Living legend Sachin Tendulkar has picked best IPL 2022 XI after Gujarat Titans bagged maiden IPL title in their first appearance in the cash-rich league. Master Blaster who has been part of Mumbai Indians from 2008 ,didn’t include MI skipper Rohit Sharma and RCB Star batter Virat Kohli in his dream XI. There is also no place for MS Dhoni and DC skipper Rishabh Pant in Sachin’s IPL 2022 best XI.

Picking his squad, Tendulkar said: “It’s got nothing to do with players’ reputation or their past performances. It is purely based on their performances this season and what they have been able to achieve this season.”

Former MI skipper has chosen Hardik Pandya as a captain of his team.“Hardik was the standout captain this season. He was clear in his mind, proactive. I always say that don’t regret, celebrate. If you are able to celebrate, it means the captain is outsmarting the opposition and that is what Hardik did,” Sachin said in his latest YouTube video.

He picked Orange Cap holder Jos Butler and DC opener Shikhar Dhawan at the top as he wanted left right combination in opening slot. Butler and Dhawan scored 863 and 460 runs respectively in the 15th edition of IPL.

“He ( Dhawan) accelarates beautifully and keeps rotating the strike. A left hander is always handy and Shikhar’s experience will also come useful,”

“What a season he ( Butler) has had. Fabulous. I can’t see any player more dangerous than him in this IPL. There are a couple but when Buttler gets going, not many can catch up” explained former Indian opener for picking Dhawan and Butler as openers.

Then he included LSG skipper KL Rahul at no. 3 spot. Rahul has played brilliantly throughout the tournament and scored 616 runs in 15 innings, including two centuries.

“I really like his stability and consistency. He is a player who can pick singles and when he wants to hit sixes he has the ability to do that as well,” said Tendulkar.

Hardik Pandya then came in at number 4. “He played some crucial knocks. Just like KL Rahul, he can hit sixes at will. He has got brute power, his bat swing is beautiful and the stability when he wants to hit the ball is really nice,” said Batting legend.

He chose GT explosive batter David Miller at number five. “Bringing another left hander here because the left-right combination is important. There are a number of names who were there but I am going to play David Miller. He showed tremendous form, very good consistency and played some crucial knocks. What I observed this season was that he was able to hit towards all sides of the ground. It was proper cricketing shots and it was a treat to watch.”

Master picked no. six batter as explosive one and he included Liam Livingstone .Then he went for wicket keeper batter Dinesh Karthik at number 7. “(Livingston) has the ability to hit sixes, dangerous player. He is very clear in his mind and backs himself. Dinesh Karthik showed extraordinary consistency this season. I felt he looked calm and composed. He looked in control,” Tendulkar reasoned.

Master Blaster then added GT spinner Rashid Khan. “He is dangerous as a batter, one has to remember. He gets breakthroughs in the middle overs and his success rate is very high. I have no iota of doubt about him at 8,”

Then he included “ best death bowler in the world” Jasprit Bumrah. “The best death over bowler in the world. There are so many new names coming up in Indian cricket and they have shown amazing promise. I would say at this moment, Bumrah is my first choice. He is dangerous at the start and in the death overs. Others will have to push a little more to replace Bumrah,” said Tendulkar.

Then he chose Mohmmad Shami and Yuzvendra Chahal in his best IPL 2022 xi
“He is the highest wicket taker. He always outsmarts the batter. Rashid will come in to bowl with him. If a left-hander is there in the middle overs I have the option of bringing in Livingstone and the third seamer in Pandya,” he said.