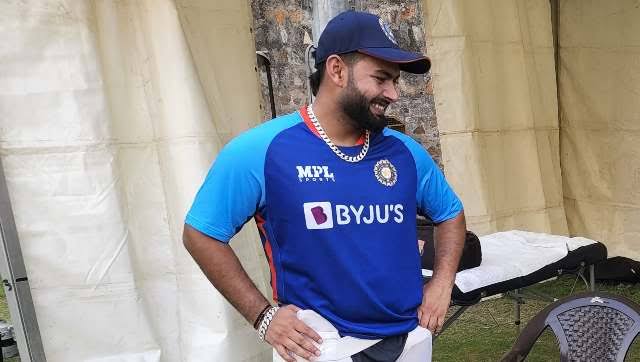 Team India captain KL Rahul and spinner Kuldeep Yadav have been ruled out of five match T20 series against South Africa due to injury. BCCI has announced the new captain and vice captain of the series. Wicket keeper batter Rishabh Pant will lead the team and Hardik Pandya has been appointed as a vice captain.

It is a very good feeling : Rishabh Pant

“I haven’t been able to digest it yet. I got to know just an hour ago,” Pant said in the pre-match press conference.
“It is a very good feeling; it did not come under very good circumstances but at the same time I am feeling happy. I would like to thank the BCCI for giving me this opportunity to lead the Indian side. I will try to make the most out of it. Thank you to all my well-wishers for supporting me in my journey through the thick and thin of my cricketing career. I will look to make it a base and keep improving and keep making my life better and better each and every day,” he added.

“I think as a captain, it will help me a lot (leading in the IPL) because when you are doing the same thing again and again, you improve. I am someone who keeps learning from his mistakes and I think it will help me in the coming days,” he added.

Team India is near to break a world record as they have won 12 consecutive T20 matches and already levelled with Afganistan. If they win 1st match of the series then they will create a new world record.