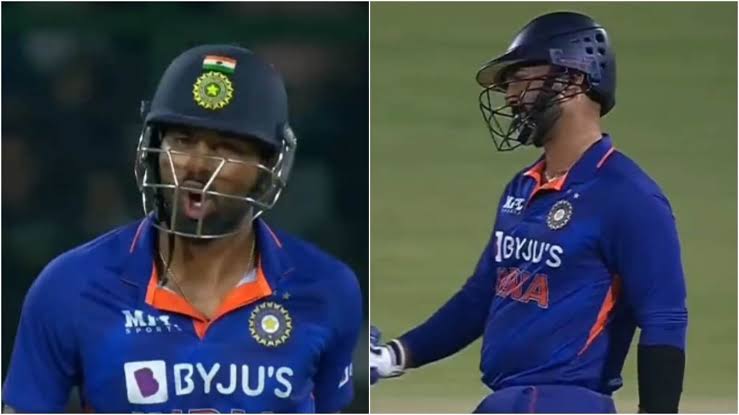 Team India all-rounder Hardik Pandya and wicket keeper batter Dinesh Karthik made an international comeback against South Africa in the first T20 of five-match series on Thursday. Hardik Pandya won IPL 2022 title as a skipper of Gujarat Titans and showed his all-round performance throughout the tournament. Whereas Dinesh Karthik played some blistering cameo as a finisher for Royal Challengers Bangalore in the IPL.

India posted huge total of 211 against SA at Arun Jaitley Stadium in Delhi. During the final over of India’s innings Dinesh Karthik joined Hardik Pandya after Rishabh Pant’s dismissal. In the fifth ball of the last over Pandya flicked the ball towards deep midwicket but denied to take single.

Social media wasn’t impressed on Hardik Pandya for his act as there was inform batter at the non striker end. Even Gujarat Titans bowling coach Ashish Nehra criticised Pandya.”He should have taken a single before the last ball. It was Dinesh Karthik at the other end, not me,” quipped Nehra on Cricbuzz.

However, India lost the match as the bowlers didn’t perform well. David Miller and Russie van der Dussen played brilliant innings to seal the victory for the team. India will play their next match on Sunday in Cuttack.

“We had enough on the board, but I think we were a little off with the execution. But sometimes you got to give credit to the opposition. Miller and RvD batted well. Slower balls were working when we batted, but the wicket got better in the second innings. Mostly we executed our plans (to Miller) but the wicket got better and better. We were very happy with the total but next time we are in a similar situation we will do better.” said Rishabh Pant at the post match presentation.

Sangwan reveals a prank on Virat Kohli that left him sleepless at night
“He can lead Team India in near future” : Harbhajan Singh makes big statement on this Indian player