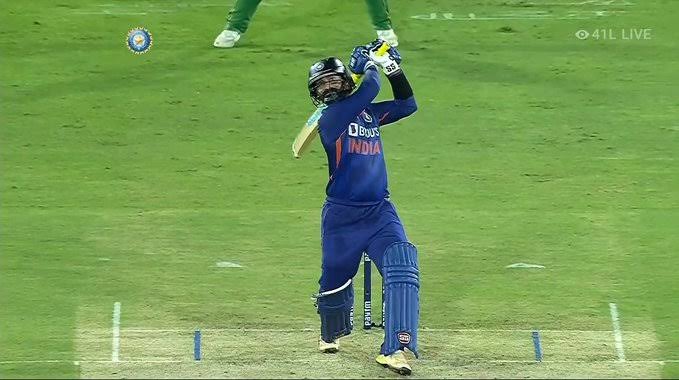 Meanwhile, Karthik’s finishing touch in the last over of the innings helped the team to finish with some positive momentum. Twitter went crazy after his blistering cameo in the last over. He scored only 9 runs from first 16 balls after that he blown away Anrich Nortje and hit 21 runs off 5 balls.

Notably, Dinesh Karthik showed incredible performance for RCB in IPL 2022. He scored 330 runs from 16 matches with huge strike rate of 183.33 and it helped him in getting selected for the national team.

“It was a tricky chase, Bhuvi bowled well, he made the ball talk upfront. It could have been clinical towards the end, but we will take that. We really needed someone to take it deep. That’s the role I play in the game, to close it off. There’s a learning I can take from this game, will try better in the next game. We knew it wasn’t going to be an easy chase, but we were confident. We knew we had to execute our plans, and we had to be clinical” said SA captain at the post match presentation.