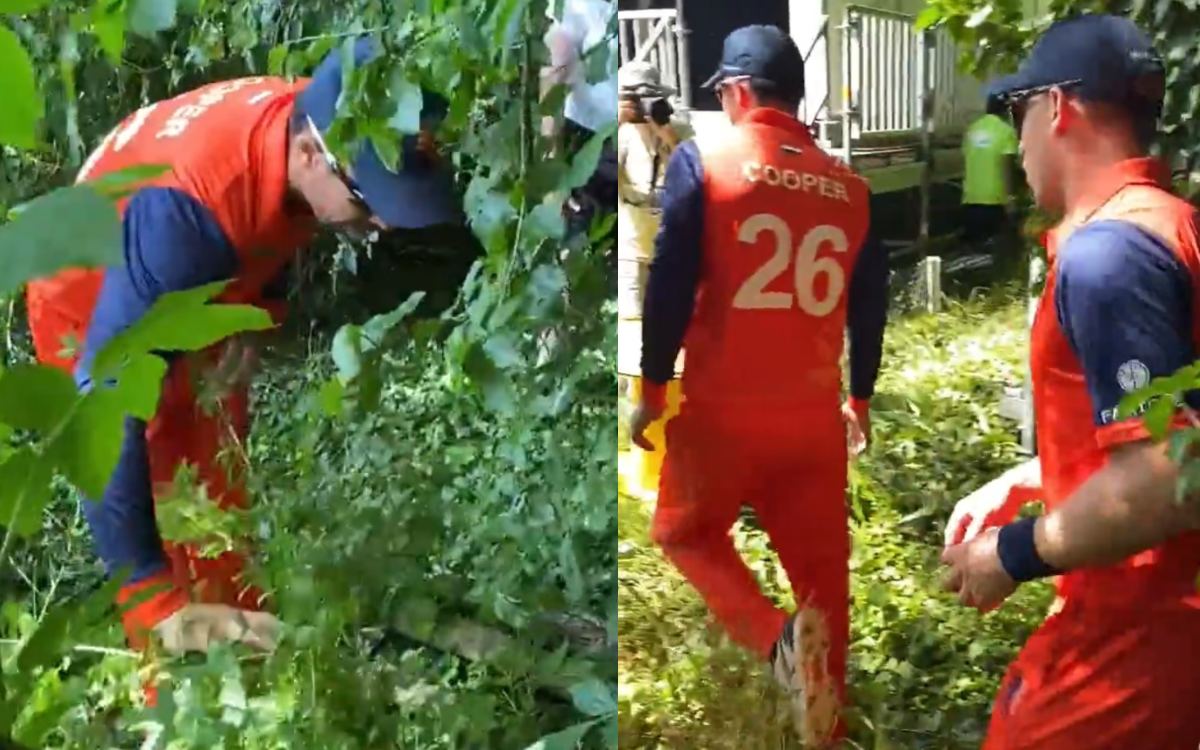 England is currently playing three-match ODI series against Netherlands. In the first game of the series, English batters blown away Dutch bowlers and broke their own record of team total as they scored 498 runs on Friday. A hilarious moment happened when Dawid Malan hit a six and it landed out side the stadium.

During 9th over of England’s innings, Dawid Malan smashed a massive six off left-arm spinner Pieter Seelaar’s bowling. The ball landed in the bushes outside the stadium.

Talking about the match, Three England batters hit centuries. They beat Netherlands by 122 runs. “The last couple of days have been great. Feels good to be among this group. To post a big score like that and then Jos coming in at the end and he is a world of his own, it is absolutely amazing – probably the reason why he is the best white-ball cricketer in the world. When the guys come in and play with the mantra we have been playing for the last 6 years, it’s great. We have not played a lot of 50-over cricket recently, it’s important to have such situations going into the World Cup in India next year” said English captain Eoin Morgan at the end of the match.