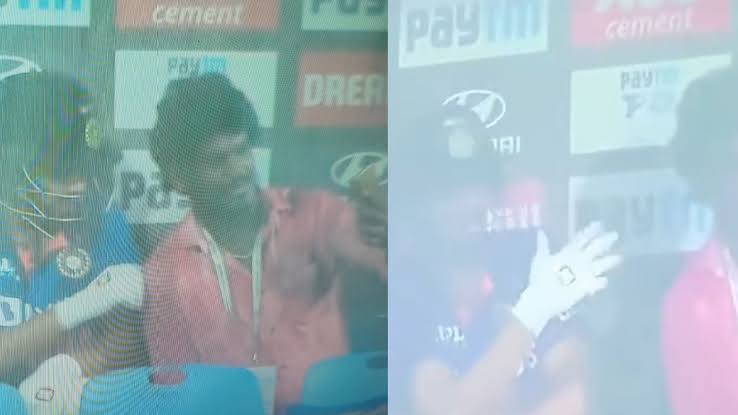 Team India opener Ruturaj Gaikwad faced high criticism by fans on social media for his disrespectful behaviour to a ground staff. Meanwhile, the ground man wanted a selfie with the batter but unfortunately Ruturaj rebuked him and fans were not happy for this behaviour.

The fifth and final T20I match between India vs South Africa was played at M. Chinnaswamy Stadium , Bengaluru yesterday. The toss happened at the schedule time. But match started fifty minutes late. During the rain break when opener Ishan Kishan and Ruturaj Gaikwad were waiting, a ground staff came and sit beside Ruturaj Gaikwad. He wanted a selfie with Ruturaj but the batter pushed him and turned his head other direction.

Meanwhile, India vs South Africa match was abandoned due to rain and the series ends level 2-2.

“There are a lot of positives. The way the team showed character from 0-2 down was a huge positive. We are in a nice spot as we are finding different ways to win the game. I can only think about giving my 100% as a player and captain. It is for you guys to decide on how I am doing as a player and captain, I can only focus on giving my 100% every time I go on the field and keep improving. This is the first time I have lost so many tosses, but it is not in my control. We will be keen to win the Test we are going to play in England and from a personal point of view I am keen to contribute more to the team with the bat” said Rishabh Pant at the post match presentation.

See also  Suryakumar Yadhav likely to miss T20 series vs SA after being ruled out of IPL 2022 : Reports