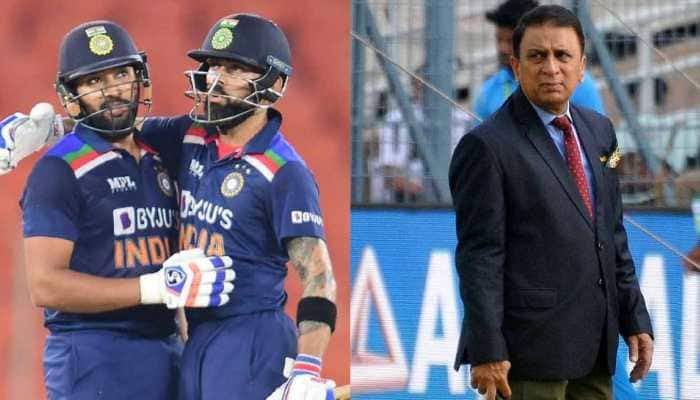 Former India captain Sunil Gavaskar is backing both Virat Kohli and Rohit Sharma, who are struggling with their bat in the IPL 2022. He mentioned that their form is just one inning away.

Rohit Sharma and Virat Kohli were the two best batters and are struggling to score big runs in the ongoing IPL 2022. While Kohli, the most prolific run-scorer in the history of the IPL, has managed only 119 runs with a best of 48, Rohit has managed to score only 114 runs in 7 matches averaging 20.60. . Both star batters have failed to contribute to their teams and are yet to score a half-century in the ongoing IPL season.

Sunil Gavaskar took forward his opinion saying that Rohit Sharma returning to form will change the fortunes of Mumbai Indians. As the 5 times champions have been winless after playing seven games of IPL 2022. Mumbai has slid down to the 10th position in the points table. Gavaskar pointed out that Mumbai almost lost their chances for the playoff.

“They will be down in the dumps. They are a champion team. They have won this trophy 5 times. So, obviously, they’ll feel disappointed. To lose 7 in a row means they are almost out of the tournament. Like I said before, their batters have to score runs. It’s got to be a team performance,” said Sunil Gavaskar in Star Sports.

It’s just a matter of one inning – Sunil Gavaskar to Rohit Sharma:

“Form is invariably one inning away. He has gone 7 innings without scoring the kind of runs that we all expect from him. But you can regain your form in just one inning. That’s what Mumbai Indians have to keep hoping for. What it will do also, it will make an impact on the rest of the team. When he scores runs, you can be pretty certain that the team will post big totals. He is the kind of person who will go on to get into the 80s and 90s. His form is important for MI,”  said Gavaskar.

“It’s just one of those things. When somebody goes through a bad patch, then it’s difficult. You make simple mistakes, sometimes you get a great delivery, and you get to see a great catch taken. Sometimes an inside edge goes onto stumps”.

“It’s happening to Kohli too. Kohli’s first mistake is turning out to be his last mistake. For both these players, it’s just a matter of one inning, one innings where you get to 30, once they get there, they will get the big score,” Gavaskar further added.

You may also like IPL 2022: “Dinesh Karthik can play finisher’s role for India in T20 World Cup”, Sunil Gavaskar

IPL 2022 | Sachin Tendulkar urges Mumbai Indians to “stick together and ride as a team”
Watch : CSK Captain Ravindra Jadeja bows down to MS Dhoni after his majestic last over finish against Mumbai Indians