‘The shot Virat played against Rashid was just…’: Sachin Tendulkar is highly impressed on Virat’s footwork against Gujarat Titans | Watch 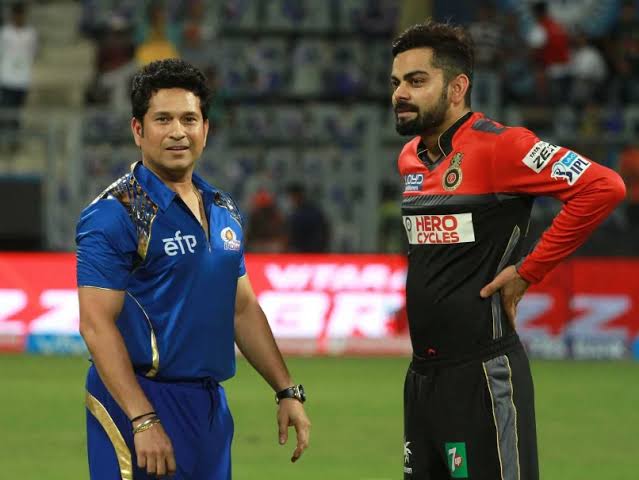 Master Blaster Sachin Tendulkar has praised Virat Kohli for his footwork during batting against Gujarat Titans. Kohli played a blistering knock of 73 runs in a must win game for RCB at Wankhede Stadium on Thursday. Former RCB captain had been struggling for his form in the ongoing IPL tournament. He already scored three golden ducks in IPL 2022. It’s very embarrassing for this superstar batsman.

“I liked the positive attitude shown by the Bangalore batters. Virat took the initiative and he started attacking. In this match, I really liked one thing in particular, and that was the precision in his footwork and like they say, showing the face of the bat. It was visible and I really liked that. Both batters are fit and their running between the wicket is brilliant,” Tendulkar said on his YouTube video as quoted by Hindustan Times.

“The shot Virat played against Rashid, to reach his fifty, was just brilliant. I thought he noticed that it’s a leg spinner, and the length of the ball was close to his feet, and at the last moment, he used his wrist to give it elevation. I loved it because it wasn’t a wild slog at all. He read the bowler well and being aware of the length, he played that shot at the last moment. Overall, Virat batted brilliantly I felt and Faf played a superb supporting role. That was smart cricket,” said Tendulkar.

RCB team are now eagerly waiting for Mumbai Indians and Delhi Capitals match result which will be played today. If Mumbai beats Delhi then Bangaluru will qualify for playoffs. RCB earned 16 points from 14 matches whereas DC got 14 from 13 games. If DC wins against MI then they will qualify for playoffs as they have better run rate than RCB.
Virat Kohli and Faf du Plessis already started to cheer for MI and also Kohli said “You might see us in the stadium as well,”

Will Arjun Tendulkar make his IPL debut today ? Fans urged to give him a chance
Do CSK want a captain who has scored 200 with strike rate of 128 ? : Matthew Hayden on MS Dhoni’s decision to play IPL