Watch : CSK Captain Ravindra Jadeja bows down to MS Dhoni after his majestic last over finish against Mumbai Indians 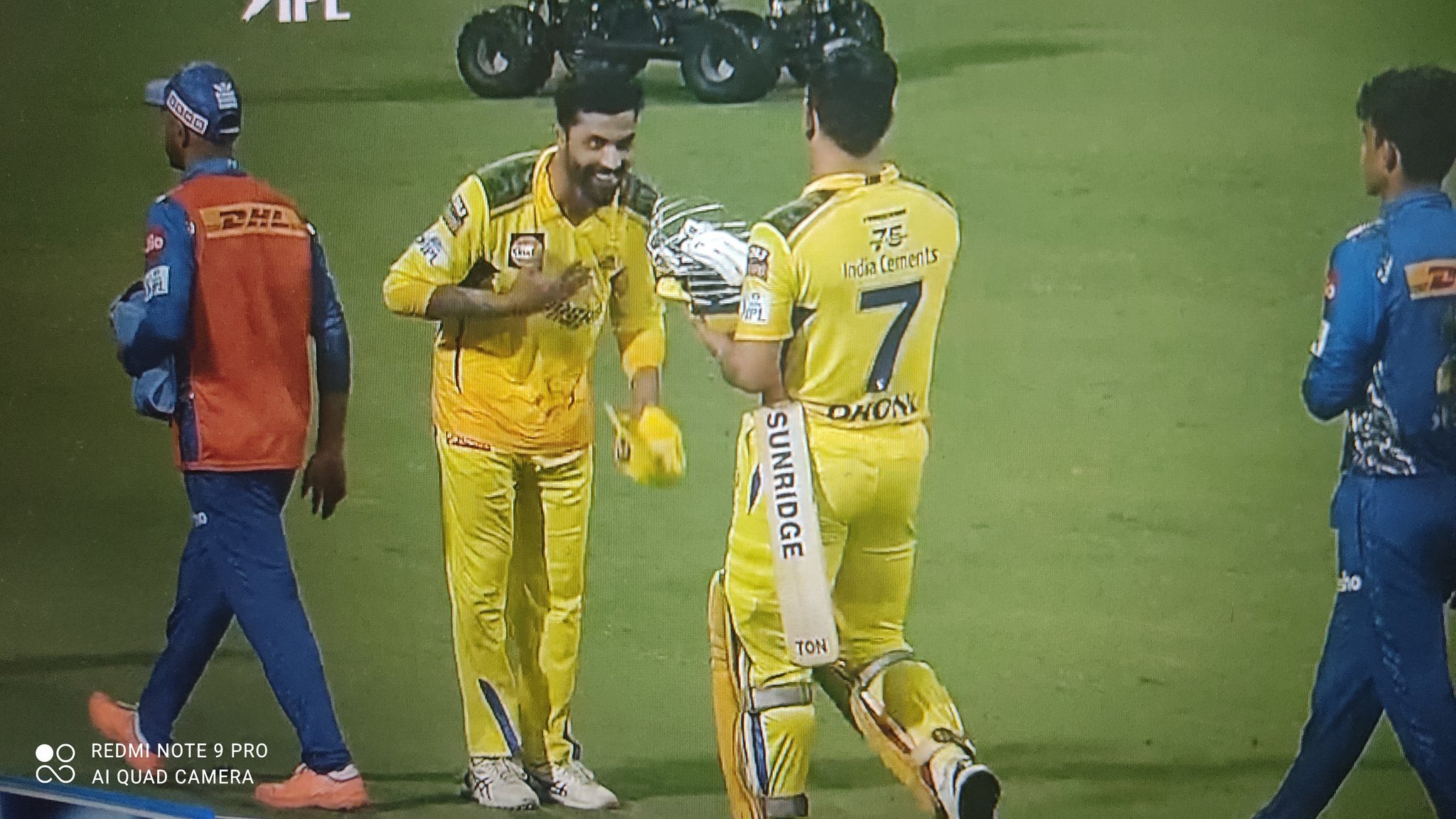 Mahendra Singh Dhoni’s last over heroic finish turned the clock back. Chasing 156 to win the match CSK needed 17 runs from last over. People thought MI will win the match easily as Dhoni was not in his peak from last two years. But they forgot once a finisher, always a finisher. He smashed MI bowler Joydev Unadkat 6,4,2,4 of last four balls of 20th Over.CSK new skipper Ravindra Jadeja bowed down in front of MS Dhoni when he came back to the dressing room after his valorous innings unbeaten 28 from 10 balls.

This win helped CSK to increase their moral boost and they are still alive for playoffs. Batting first Mumbai Indians batting order collapsed and they lost three quick wickets. They managed to score 155 with the help of Tilak Verma (51) and Hrithik Shokeen (25) responsible innings.

Mumbai Indians created an unwanted record. They became the first team to lose first seven consecutive matches. Rohit and his team didn’t perform well from the beginning of the IPL.

CSK new skipper Ravindra Jadeja bowed down in front of MS Dhoni when he came back to the dressing room after his valorous innings unbeaten 28 from 10 balls.

In a post match presentation CSK captain Ravindra Jadeja said ,“We were very tense the way game was going. But the great finisher of the game was still there, so we knew we had a chance. He’s still here and doing it for us. Yes, he (Mukesh) has bowled well up front and done well for us in the powerplay.”
“If you aren’t winning games, you still want to be calm. (On him dropping catches) It happens, that’s why I never take fielding for granted and practise hard. We need to work on our fielding, can’t afford to drop catches,” he added.