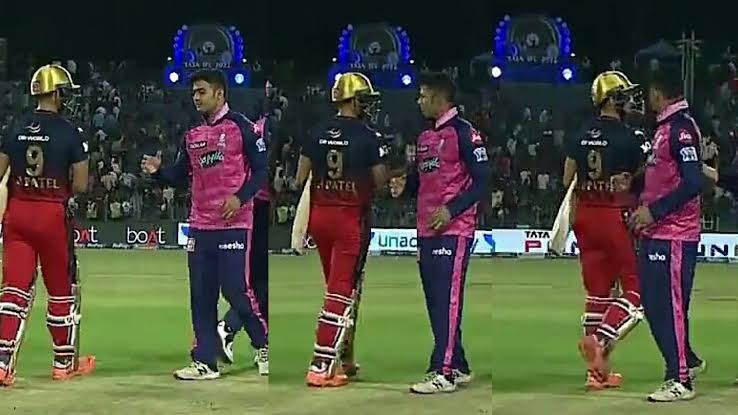 Rajasthan Royals all-rounder Riyan Parag played an outstanding innings and remained unbeaten on 56 off 31 balls against Royal Challengers Bangalore on Tuesday. He thrashed RCB bowler Harshal Patel for 18 runs in the penultimate over. But after that they were involved in a heated argument. It was seen both of them walking to each other and a support staff member from Rajasthan Royals stopped both of them.

But after the end of the match when both team shook their hands with each other, Harshal Patel didn’t shake his hands with Riyan Parag.

Rajasthan Royals continued to show their impressive performance in the ongoing IPL. They defeated Royal Challengers Bangalore by 29 runs on Tuesday at MCA stadium, Pune. It’s their sixth victory in this season and became no 1 in the IPL points table.

Riyan Parag won player of the match for his outstanding performance. He said at post match presentation “A bit of satisfaction. The Royals have shown faith in me for the last three years, and I am paying them back bit by bit. I love pressure and I am just showcasing my abilities. During the time-out, Sanga came out and we agreed that 140 was a good total on this wicket. We decided to go big in the last two overs. I wanted to target Hasaranga in his second over, but we lost wickets, and so I had to strategize and go after Hazlewood and Harshal.”