RCB bowler Harshal Patel has revealed the struggles faced by his family after they moved to the United States before standing as a cricketer. 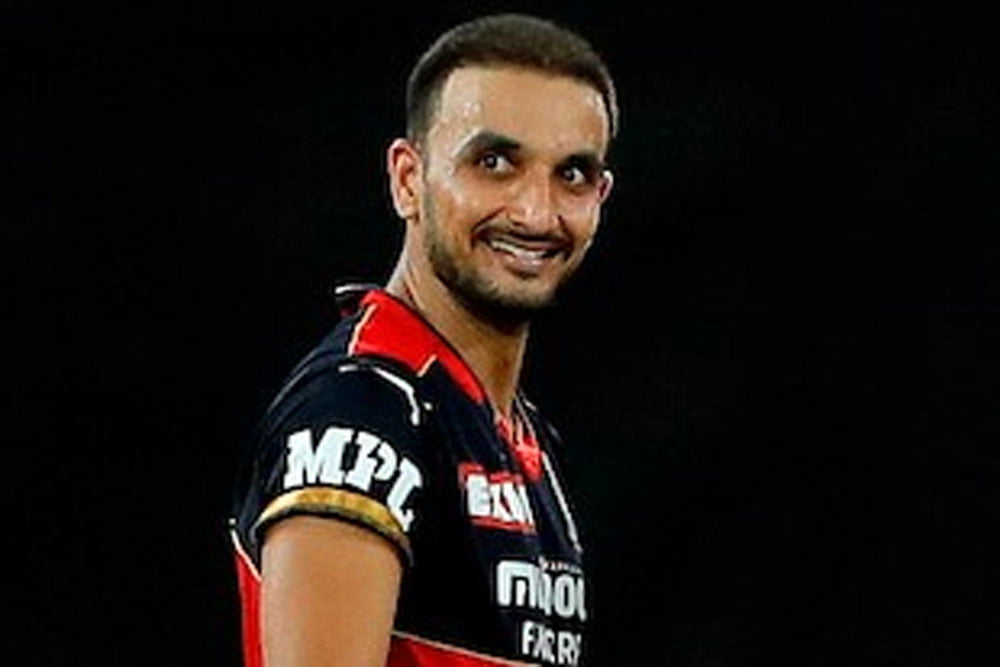 Cricketer’s life as seen now is not that easy to achieve. They would have crossed many struggles and disappointments. Their hard works have paved them with super fame and luxurious life. Even Harshal Patel had a story behind before achieving a big pay check as a cricketer.  In IPL 2021 he showcased his talents and became a purple cap holder followed by a Rs 10.75 crore auction by Royal Challengers Bangalore at the 2022 IPL.

Harshal Patel is one of the finest bowlers of the slow balls and an international cricketer. Harshal played for Royal Challengers Bangalore from 2012 to 2017. He took 34 wickets in a total of 36 matches and was not having an impressive economy rate. Now in 2021 he was took back by RCB where he showed off his performance by taking 32 wickets from 15 matches.

RCB bowler Harshal Patel has revealed the struggles faced by his family after they moved to the United States. He worked at a Pakistani guy’s perfume shop in Elizabeth, New Jersey. Speaking on ‘Breakfast with champions’ he revealed his past struggles before standing as a cricketer.

“I used to work at this Pakistani guy’s perfume store in Elizabeth, New Jersey. I couldn’t speak a word of English because I had studied in a Gujarati medium throughout. That was my first encounter with the language and also with the language with so much slang because that entire area was predominantly Latino and African American. Then I picked up their kind of English, Gangster English”.

“They used to come and buy $100 perfume bottles on Fridays. On Monday they used to come back and used to say, ‘hey man I just sprayed it a couple of times. I want to return it man. I have no food on the table’. That was a regular occurrence. It was a great experience for me because I learned what those blue collar jobs really are. My aunt and uncle used to go to their offices, and they would drop me on the way. So at 7 am I would be dropped and the store would open at 9 am. Two hours I used to sit at the Elizabeth railway station. Do my work till 7.30, 8. So 12-13 hours a day and I used to get paid $35 a day” Harshal said.

He played junior cricket and he was good than most kids. His parents let him stay back in Gujarat after realising his talents.

“I used to play junior cricket. I was a little too quick for my age. Unfortunately that pace stopped at that level. And they (parents) put all that faith in me. And when my parents left they told me one thing ‘don’t do something which puts us in a bad situation’. I took it to heart. I used to go to Motera to practice from 7 am till about 10 am. There was a sandwich shop, I would eat sandwiches and return. Aloo-mutter (potato and peas) sandwich, vegetable sandwich. Not toasted. Because toasted (bread) was expensive. Aloo-mutter and vegetables used to be Rs 7, toasted was Rs 15”.

Meanwhile, when Harshal was not at his best time, he was approached by three-four different franchises ahead of IPL 2018. But during the auction none of them raised to avail him for their team. He felt betrayed and cheated by the franchise at that time.

“It is not about the money I just wanted to play. This was the 2018 auction. The ironic thing was, there were at least three or four people from different franchises who said we are going to bid for you. But nobody did. I felt like it was a betrayal. I was in a spiral of these dark thoughts. You’ve given so much to this game and you’ve worked so hard and this and that and all these things that you tell yourself… the image that you have built of yourself. You keep telling yourself that you know, ‘you’ve done all this, you’re not getting anything out of it’. It’s very important to acknowledge what you’re feeling and not dismiss it. Because if you’re feeling something then that means it’s legitimate.”

This year 2022, Harshal’s fortune changed from base price to Rs10.75 crores in the auction by RCB

“I was in the room (2022 Auction time) and I got a message from Virat Kohli, ‘Congrats on winning the lottery’. I said ‘yeah bro, won the lottery. Way beyond my expectations. And he said ‘Yeah, very well deserved’. You’ve given the prime of your life to something, and then it bears fruit after so many ups and downs, that is the most gratifying thing for me,” Harshal added.

He also opinioned about money as it gives freedom

“Money is great but for me the central goal of my life is freedom. I want freedom and money is a tool that can get you to that place.”

IPL 2022: Brad Hogg opined on CSK captaincy after MS Dhoni – “I can’t see a player on CSK’s team list that can captain this team effectively and efficiently”
Many IPL teams had opportunities to buy me but they hadn’t faith on me – Virat Kohli