IPL 2022: Brad Hogg opined on CSK captaincy after MS Dhoni – “I can’t see a player on CSK’s team list that can captain this team effectively and efficiently” 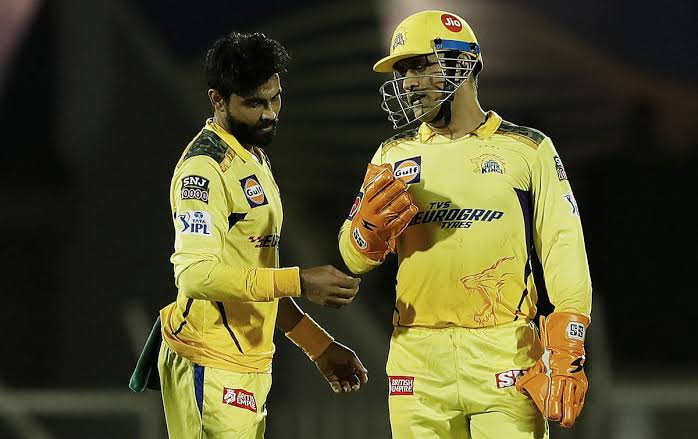 Captaincy of Chennai Super Kings is kept on changing from hands often in this current season of IPL 2022. Dhoni relinquished the captaincy role just before the start of IPL 2022. Dhoni handed over the CSK captaincy to Ravindra Jadeja. CSK struggled a lot to win just two out of 8 matches. Jadeja decided to hand back the captaincy role to Dhoni halfway through the season. CSK immediately saw a change of fortune as they won Sunrisers Hyderabad to stay in the playoffs race. Former Australian spinner Brad Hogg opined about this change of captaincy in the CSK team and raised a few questions regarding future skippers after MS Dhoni.

Dhoni was helping Jadeja for the first two games and left him to take his own decision from the third. Brad Hogg pointed out that Jadeja struggled when Dhoni decided to leave him on his own to make decisions.

“CSK and Jadeja felt that the transition was going smoothly where Jadeja was going to take the help of MS Dhoni. But when it came time for Dhoni to take the leash off and leave Jadeja to his own, the pressure started to mount. Decision-making started to go astray and he couldn’t help his bowlers out. Couldn’t set the right field in those pressure situations,” Brad Hogg said on his YouTube channel.

Ravindra Jadeja started this season with poor team performance under his captaincy. Finally, after a few matches, he decided to step back from the captaincy role. Hogg felt sorry for Jadeja as he couldn’t perform well and also the team’s performance was affected by the absence of a few players.

“I feel sorry for Jadeja. There have been personnel that has been missing. Especially, Chahar with the ball. So, Jadeja effectively did not have the full quota of players in the squad. So that’s put extra pressure on him. But, at the end of the day, CSK is on the backfoot. They have made the move.” said Hogg

Question on the next captain of CSK:

“We’ve learned now that Jadeja is not right for the role but he is a leader in his own right. When he’s relaxed, he’s playing well, he provides that energy. He provides a team spirit. Sometimes you lead in different ways. So MS Dhoni had to take over the role. Now that MS Dhoni has taken over the role who is going to be MS Dhoni’s replacement at the end of this year if he doesn’t change his mind and play on?”

“I can’t see a player on CSK’s team list that can captain this team effectively and efficiently. They will have to go to the auction next year to find a player of captaining ability, and to try to find an Indian to do the job is going to be hard because all the best Indian T20 players have already been assigned to other franchises,” Hogg added.

Hogg also felt that CSK should choose overseas players for captaincy than Indian players who were already with them.

“They will have to go to an international player. It will be difficult to find a player that will fit into the balance and the game plan that CSK already have in place. CSK management should have thought about this when they went into this auction,” Hogg added.

CSK are currently number 9 in the points table and they have to win all the remaining matches to stand a chance to qualify for the playoffs.

You may also like IPL 2022: MS Dhoni discloses Ravindra Jadeja’s Captaincy and CSK’s win against SRH

Watch: Virat Kohli sweats it out in gym alongside wife Anushka Sharma
Watch: Harshal Patel recalls his early struggles – “I work 12-13 hours a day and I used to get paid $35 a day”