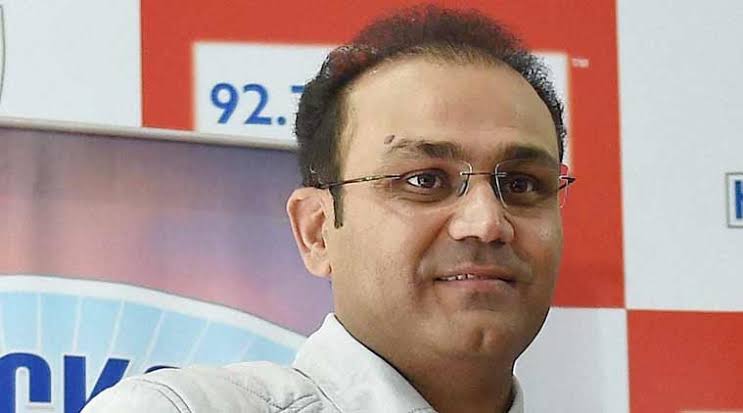 Former Indian opener Virender Sehwag has stated that Ruturaj Gaikwad could be a long term captaincy option for CSK after MS Dhoni. Sehwag said Chennai opener has captained in first class cricket and he is cool and calm like Dhoni.

“He captains Maharashtra. He plays very quietly. It’s like even if he scored a century, it won’t show in his mannerisms. Even if he scores a 0, you will see the same demeanour. It doesn’t appear from his face if he is happy about scoring a hundred or sad about getting out for a duck. He has control, he is calm. He has all the qualities needed to be a good captain. He is captaining in First-Class cricket so he has an idea how to dictate a match. Who is to be given the ball, what needs to change in the batting order… he has the idea,” Sehwag said on Cricbuzz as quoted by Hindustan Times.

Meanwhile, ahead of IPL 2022 MS Dhoni left the captaincy and CSK began their IPL journey this year under new captain Ravindra Jadeja. But under his leadership team lost 6 matches out of eight. Surprisingly after that Jadeja stepped down from his role and again Dhoni took the charge. However, CSK already eliminated out of the race of playoffs and all-rounder Ravindra Jadeja unfortunately ruled out from IPL 2022 due to injury.
Sehwag said that Ruturaj already has played very good season for CSK , if he will continue this next three four season then he will become captain of the franchise.

Ruturaj Gaikwad is cool and calm like Dhoni : Virender Sehwag

“Anyone can have one good season, but if he plays 3-4 more seasons, he will become a captain who can become a long-term captain after MS Dhoni. Why does the world consider MS Dhoni a good captain? Because he is cool, takes his own decision and uses his bowlers and batters well. He also has the luck factor. Luck favour those who are brave and MS Dhoni is a brave captain. He has all the qualities of MS Dhoni, except one. I’m not sure about the luck factor,” Sehwag added

Ruturaj Gaikwad became highest run getter of the tournament in IPL 2021 and won the orange cap. His majestic performance throughout the tournament helped CSK to win their 4 th IPL title. In this edition, he has scored 313 from 12 matches. He missed his 1st IPL century in the ongoing tournament by 1 run against SRH