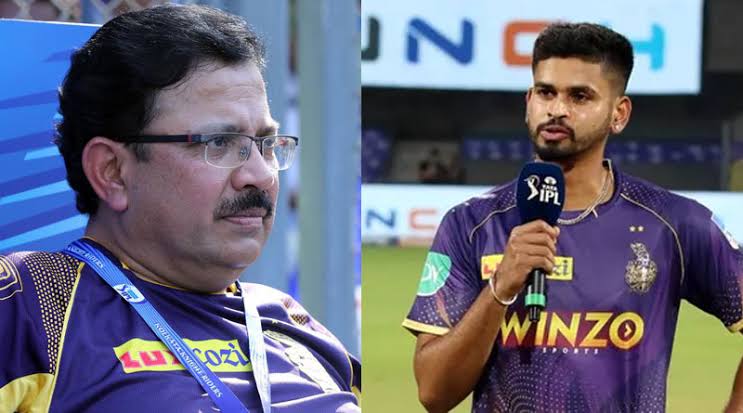 It was a do or die match for last year finalist KKR when they took on five times IPL champion Mumbai Indians at DY Patil Stadium. Batting first KKR managed to score 165 with the help Venkatesh Iyer and Nisith Rana’s brilliant performance. At one point it looked they will score 180-190 but Jasprit Bumrah’s incredible last two over spell restricted them to reach big total. Bumrah gave just 1 run in his last two overs and took three crucial wickets and turned the whole scenario of the match. He picked 5 wickets and gave only 10 runs in his four overs quota. Skipper Shreyas Iyer failed to score much as he was dismissed by MI spinner Ashwin on 6.

In reply, MI collapsed on 113 as KKR won the match by 52 runs and climbed the points table on 7th position from 9th position. In this match they changed five players from their last match.

Rohit Sharma’s controversial dismissal was the most discussed topic in the match. But after end of the match it was Shreyas Iyer vs KKR CEO as KKR captain blasted for the involvement of KKR CEO Venky Mysore in the team selection. He said how to inform players about their axing from playing XI.

See also  Virender Sehwag names back up wicket keeper for T20 world cup. He is neither Ishan Kishan nor Wriddhiman Saha.

“I am very pleased because after losing the last game by a big margin, feels good to come back and win by a big margin is nice. We had a nice start in the powerplay and Venky targeted bowlers well. I personally felt that it wasn’t easy to start for a new batter,” Shreyas stated

” I spent 2-3 days in a towel in my hotel room” : Rovman Powell on start of IPL journey
IPL 2022: MI vs KKR| Jasprit Bumrah with magical 5 wicket haul and wife Sanjana Ganesan’s Tweet