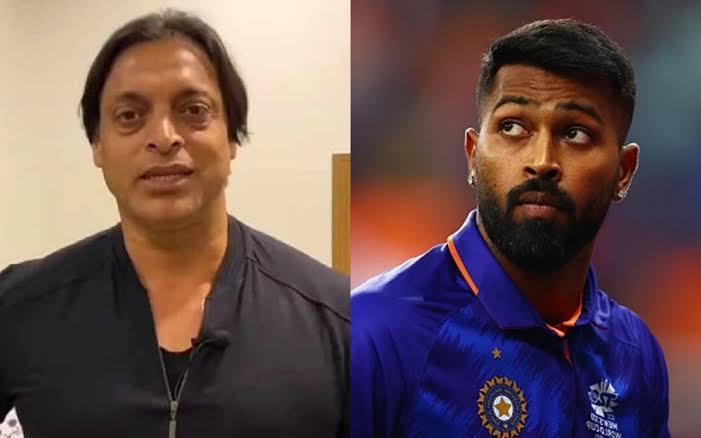 Gujarat Titans skipper and all-rounder Hardik Pandya has been doing well in all the tournaments even though he struggled with lower back problems for the past two years. Due to this problem, he missed his international career but now he looked as if all set to make a strong return to the Indian set-up. As skipper of Gujarat Titans, Hardik scored 228 runs in the last five games he played in IPL-2022.

“Hardik Pandya can be the biggest brand in Indian cricket. He wants to be recognized as one of the key cricketers of India,” Akhtar told Sportskeeda.

He also said, “By being the captain of the Gujarat Titans he is now showing the Indian team management that he can be a potential choice as India’s T20 skipper as well in the future. I would dearly want him to become India’s T20I skipper in the future”.

In the current IPL series, Hardik Pandya missed the match between Gujarat Titans and Chennai Super Kings on April 17 due to a groin issue. Rashid Khan came out for the toss in absence of Hardik. Gujarat made two changes with Wriddhiman Saha for Matthew Wade and Alzarri Joseph playing in the place of Hardik.

Former Pakistan pacer Shoaib Akhtar, speaking to Sportskeeda, recalled warning Hardik about his injury troubles. He also said the same to India’s pacer Jasprit Bumrah, even though he is suffering from injuries.

“I had told Jasprit Bumrah in Dubai and even Hardik Pandya. They were lean like birds. They didn’t have back muscles. Even now, I have such good strong back muscles behind my shoulders,” Akhtar said to Sportskeeda.

“I touched his (Hardik) back; muscles were there but very lean. So, I warned him that he would get injured. But he said that he has been playing a lot of cricket. He got injured in the same match” Akhtar recalled.

You may also like IPL 2022: Gujarat Titans captain Hardik Pandya opens up about his leadership role after a starring performance against RR

IPL 2022 | “I am working really hard to be a part of the Indian Team”: Dinesh Karthik
IPL 2022 | Delhi Capitals All-rounder Mitchel Marsh Hospitalised after testing positive for COVID 19